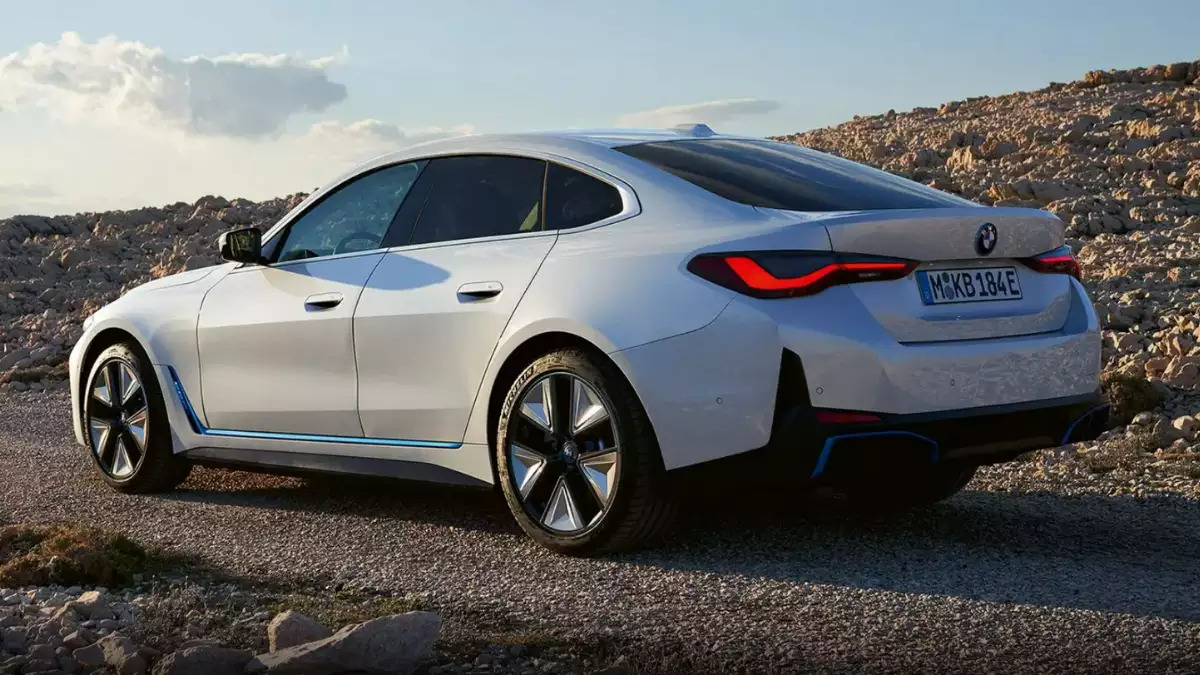 Following the iX electric SUV and the Mini Cooper SE electric hatch, BMW Group is preparing to unveil its third totally electric vehicle in India today: the BMW i4 electric sedan. We've put together a list of the top 5 things you should know about the BMW i4 ahead of its market introduction today. Lets have a look at the all new BMW i4 electric Sedan.

The BMW i4 is built on the upgraded BMW CLAR modular architecture, which also underlies the current-generation G20 3 Series. It's essentially an all-electric 4 Series Gran Coupe that's only offered in foreign regions. As a result, the EV's overall design is comparable to that of a standard sedan, with a few exceptions. A closed front kidney grille, different alloy wheels for greater aerodynamics, slightly altered front and rear bumpers, and blue accents all around are the defining features.

In India, the BMW i4  will be available in two versions: the eDrive40 and the more powerful M50 xDrive. The i4 eDrive 40 features a rear-mounted electric motor with 340 PS and 430 Nm torque with a claimed 0 to 100 kmph race time of 5.7 seconds.

The BMW i4 M50 xDrive, on the other hand, has two electric motors, one on each axle, and BMW's xDrive all-wheel drive technology. Together, the two motors produce 544 PS of peak power and 795 Nm of peak torque. BMW boasts that the i4 M50 xDrive can accelerate from zero to 100 kilometres per hour in 3.9 seconds.

The i4 features BMW's Curved Display on the inside, which includes a 12.3-inch digital instrument cluster and a 14.6-inch touchscreen infotainment system. The system is equipped with BMW's latest iDrive 8 user interface, which includes compatibility for over-the-air updates. While BMW hasn't published the electric sedan's equipment list, we expect it will include features like as multi-zone climate control, wireless charging, a sunroof, powered front seats, and a variety of linked capabilities.

While the price of the BMW i4 electric vehicle has yet to be released, we estimate it to start at Rs 80 lakh (ex-showroom). The BMW i4 will have no direct competitors in the market when it debuts, but the top-end M50 xDrive variant will compete with the entry-level variants of the Audi e-tron GT and Porsche Taycan.