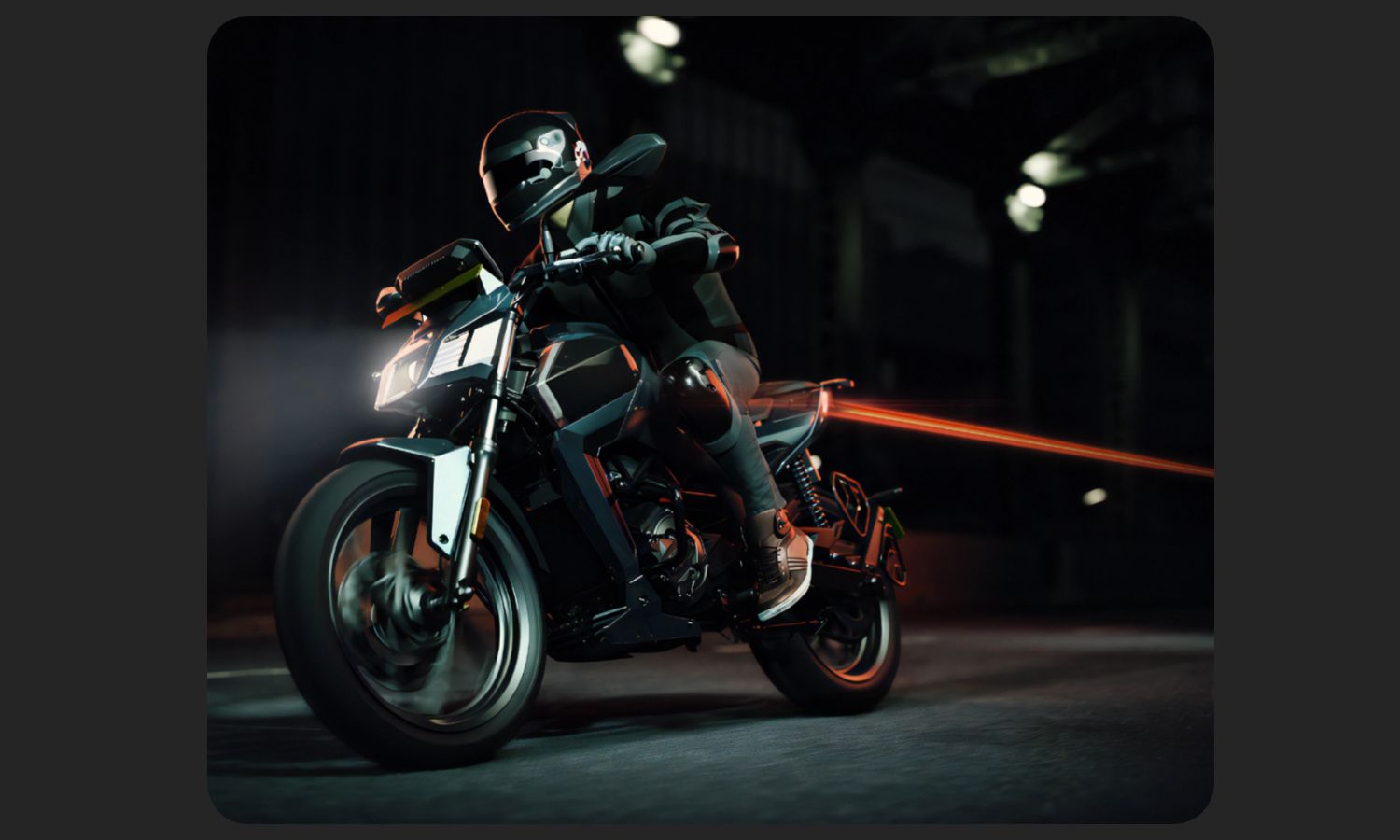 Matter Unveils Its First Electric Motorcycle With A Manual Gearbox

The technology start-up matter has unveiled India's first geared electric motorcycle. While the name has yet to be revealed, Matter has revealed plenty of details about the bike, giving insight into what makes it so unique. It is currently unknown when the motorcycle will be released, but we expect the price and name to be announced at Auto Expo 2023.

Unveiling the brand's first motorcycle, Mohal Lalbi, founder and CEO of Matter Group, said: “This is a milestone in the journey with Arun, Prasad, Saran and the creators of the 300 Matter. With so many beginnings, I am proud to say that this bike will lead us into the future that we all have dreamt about."

The motorcycle gets a naked style form factor, and poses a sharp design. It has LED headlamps  set in a corner cap and even has racing number graphics all over the body. The motorcycle has a heavy 7-inch infotainment touch screen. The connected display enables features such as remote locking/unlocking, geofencing, live location tracking, vehicle health monitoring, providing the driver with customized trip stats, charging status, automatic navigation, and much more. The bike will also have keyless start. Other features of the motorcycle include front and rear disc brakes with ABS and a dual cradle chassis. Matter also says that the motorcycle is designed to operate in a wide ambient temperature range of -10o to 55o C.

The bike is powered by a 10.5 kW motor, which Matter calls the matterDrive 1.0.  But what's interesting here is that this engine is mated to a gearbox rather than directly driving the rear wheel. According to Mater, the "HyperShift" manual gearbox "expands the powertrain's performance range and delivers consistent power delivery, flat torque and unparalleled efficiency."

The power pack gains patented liquid-cooling technology that simultaneously cools the rotor and stator, allowing for faster heat removal from the electric motor, even when the vehicle is not in motion. Matter says that "the propulsion system has also undergone extensive testing and validation at Matter's state-of-the-art facility to ensure that it not only meets stringent, cutting-edge standards for performance and safety, such as AIS 041 and IP65, but is also capable of meeting extreme performance requirements."

The bike can be fully charged in 5 hours using the built-in charger, and it also supports fast charging technology which will reduce charging times.