The station, which is a first of its kind, will generate 220 units of power from food waste collected in the surrounding region, primarily from large generators such as hotels and offices. This energy facility will now charge electric vehicles in addition to powering street lights.

The Brihanmumbai Municipal Corporation (BMC) is aiming to install an EV charging station powered by organic waste in each of the city's 24 administrative wards. Minister for Environment and Tourism Aaditya Thackeray inaugurated the electronic car charging station on Monday afternoon.

The project is a collaboration between the municipal government and AeroCare Clean Energy. This is the first project of its sort in the country to convert food waste to energy. Minatai Thackeray Park has a waste-to-energy facility that is operational from September last year. 1.5 lakh kilos of food has been produced to generate electricity since then. This project also includes an electric vehicle charging station. 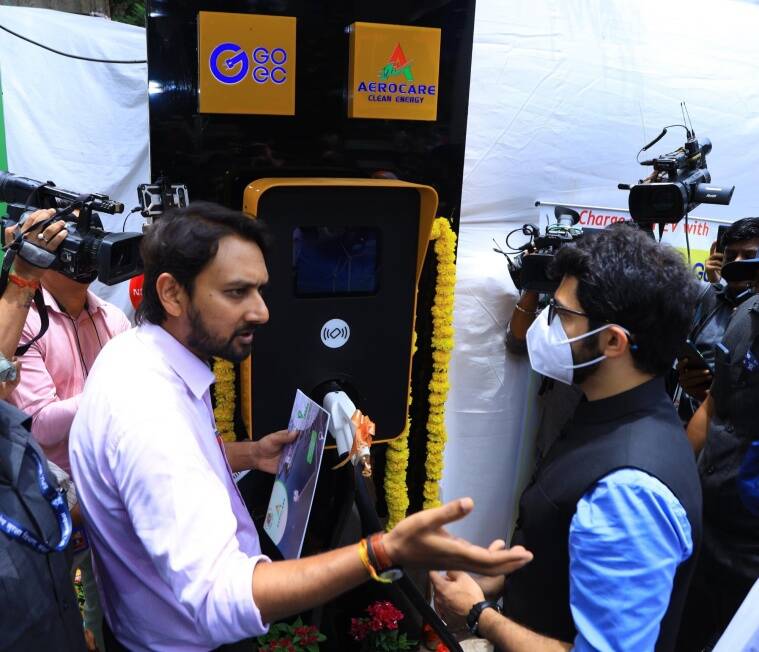 "At the moment, there are 3-4 electric cars that come to the station," said Ankit Zaveri, CEO of AeroCare Clean Energy. We're working on a public awareness campaign and exploring the possibility of extending and opening more organic waste-powered EV charging stations throughout the city."

The plant, which is one of the first small-scale and localized waste-to-energy plants, was opened in September of last year. The plant processes 2,000 kg of wet trash each day, or 2 metric tonnes.

The infrastructure was constructed on an abandoned property in the Haji locality on Keshvrao Khadye road. It can produce 80 to 110 cubic meters of gas per day and 220 units of power per metric tonne of garbage and is spread out across 2,000 square feet.