The nation’s leading electric two-wheeler manufacturer, Hero Electric, aims to train more than 20,000 roadside mechanics across the country over the next three years to address any issues its customers may face as part of its plans to instill confidence in buyers who choose green mobility according to a senior official of the company. The Gurgaon-based company, which sold around 53,000 electric two-wheelers in the last fiscal year to lead the vertical, aims to establish some 20,000 charging stations across the country over the next two years to alleviate concerns about range.

It has already trained 4000 mechanics and has also installed about 1500 charging points so far.

In an interaction with PTI, Hero Electric Managing Director Naveen Munjal said the electric segment is set to “explode” in the country in the coming years and so the company is on a move to further sharpen its competencies across various business verticals.

He noted that in order to be close to the customer and take care of their day-to-day requirements the company is training roadside mechanics.

“They are going to be our first line of service points, so that’s what we are doing. Besides, for customers who still have range anxiety issues, we are creating charging infrastructure as well. We have already installed over 1,500 charging points, the idea is that in two years we are going to take this to 20,000. So we are adopting a multi-level approach to give confidence to customers,” Munjal said.

Elaborating on business plans, he said that the company is aiming to sell 1 lakh units in 2021-22 fiscal, thus doubling its sales over 2020-21 fiscal where it dispatched around 53,000 electric two-wheelers.

“This year we are targeting to double our sales to 1 lakh units. There is nothing less than that we are going to do. We are already at 8,500 units a month so now we are looking to continue this growth and expand from there. It is the bare minimum which we aim to achieve this fiscal,” Munjal said.

He noted that the company is going to expand its production capacity as well in the current fiscal.

“Our production capacity currently is around 75,000 units per annum. What we are going to do this year is to expand it to over three lakh units. That is going to be enough for the next two years as per our projections,” Munjal said.

And, next year the company would start looking at another plant which would take the total installed production capacity to close to 10 lakh units per annum in the next few years, he added.

Hero Electric currently has a manufacturing plant in Ludhiana and two large distribution hubs at Hosur (Karnataka) and Patna (Bihar).

The company has earmarked around Rs 700 crore to expand and modernize its production facilities, strengthen the supply chain and other operational competencies.

When asked about the location and investment in the new plant, Munjal said the details were yet to be finalized.

Bullish regarding the growth prospects of the EV segment, Munjal said the recent steps taken by the company’ including conversion of its entire range from lead-acid batteries to lithium-ion battery packs and introduction of models with city speed (40-45 KMPH) would help it stay ahead of the competition.

“Low acquisition price, benefits in terms of savings in comparison to internal combustion engine two-wheelers, convenience, and ease of usage…huge amount of awareness being created by the government… are all favorable factors for the EV segment,” he added.

Munjal noted that wherever the awareness gets created about EVs, that market expands for everyone and that is where the company is also taking advantage.

Munjal noted that the company is now putting a lot of effort to scale up its B2B business vertical.

“Right now the consumer segment comprises 90 percent of the total sales. B2B is still a small area for us right now but we have been putting a lot of effort in the last couple of years into this vertical. The idea is that in the next four years (by 2025) we are going to be in the excess of 6 lakh units. So B2B at that time would be 35 percent or one-third of the volumes,” he noted.

The company is tying up with all kinds of food delivery entities, e-commerce firms, and other such companies to scale up the business vertical, Munjal said.

On new product launches, he said the company is going to have 2-3 more product launches in the current fiscal. “We keep on launching variants. We have six platforms and based on them we have 13 models…low speed, high speed, low range, and high range. We keep on upgrading the products,” Munjal said.

Hero Electric currently sells a range of electric two-wheelers, including Optima and Flash. 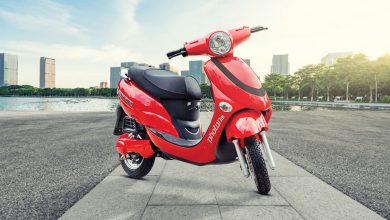 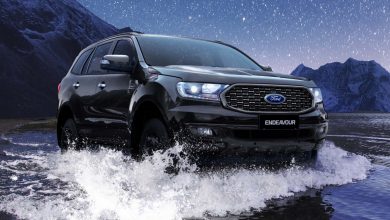