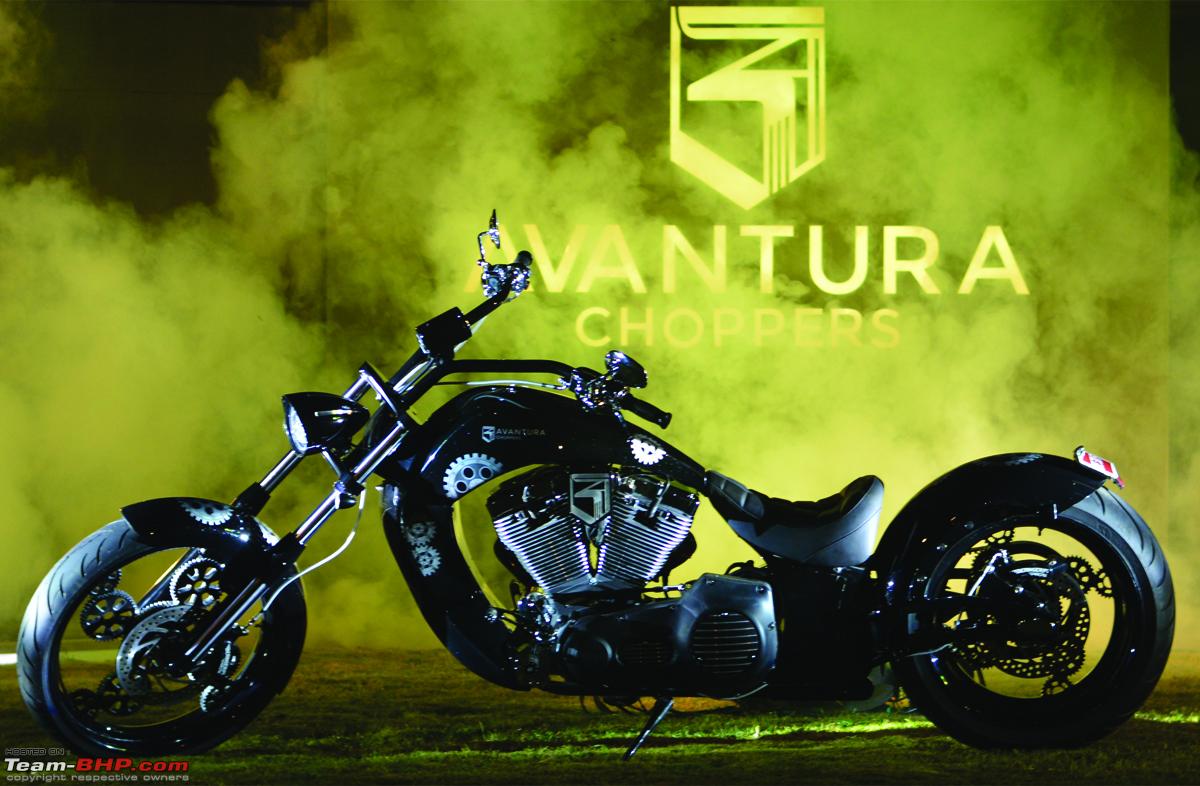 The Avantura Choppers Rudra has the design and appeal of a traditional American chopper design along with intimidating style. The Rudra has a small headlamp and a long tank as well. The bike also has a big handlebar, as well as the huge V-twin, which gives the bike a dangerous stance.

Throughout the years, it has been found that a lot of custom bike houses in the country have been trying to copy or replicate these choppers with their own ideas, which are based on the current production motorcycles. Avantura Choppers is a new company in India that manufactures bikes and aims to progress against the Harleys and the Indians. The company has been building authentic American choppers in the country and has brought about a spin in its newest bikes.

The Americans have always engaged in building big bikes and Avantura Choppers have managed to create similar kind of products.

The bike has a total length of 2908mm along with a 34-degree rake angle upfront. The Rudra has a 23-inch front and a 20-inch rear wheel shod along with the front tyre measuring 120mm and the rear tyre measuring 250mm which has been sourced from Avon, respectively.

The Avantura Choppers Rudra has 340 kg of total kerb weight. The wheelbase of the bike is 2180 mm long and has a huge front wheel as well as a rear-wheel too.

The engine of the Avantura Choppers Rudra bike is a 2000cc V-twin engine that has been brought to India from the American engine specialists, i.e., S&S Engines. Both the Pravega and Rudra bikes have components that have been sourced from various vendors globally.

The Beringer 6-pot calipers that are used in both the front and rear brake discs have been sourced from Germany. On the other hand, most of the other components of the bike such as the clocks, the wiring ha
ess, the suspension, the switchgear, and the lights as well have been sourced from Taiwan in China. However, the frame, the swingarm and the wheel of the bikes have been made by Avantura Choppers themselves at their facility located in Vasai near Mumbai, Maharashtra.

Avantura Choppers has made the choice of personalizing the bike as per the wishes of the individuals available. The bike is offered with a choice of three handlebar shapes, two engine finishes as well as three fender options. The company also offers five graphic themes from which the buyer can choose from. Each of these schemes come in a choice of two colors.

The bikes are mated to a 6-speed transmission system that has been brought from Rivera, USA, and the unit is carefully calibrated to the engine. The clutch of the bike is heavy, and this is expected because of the size of the bike. 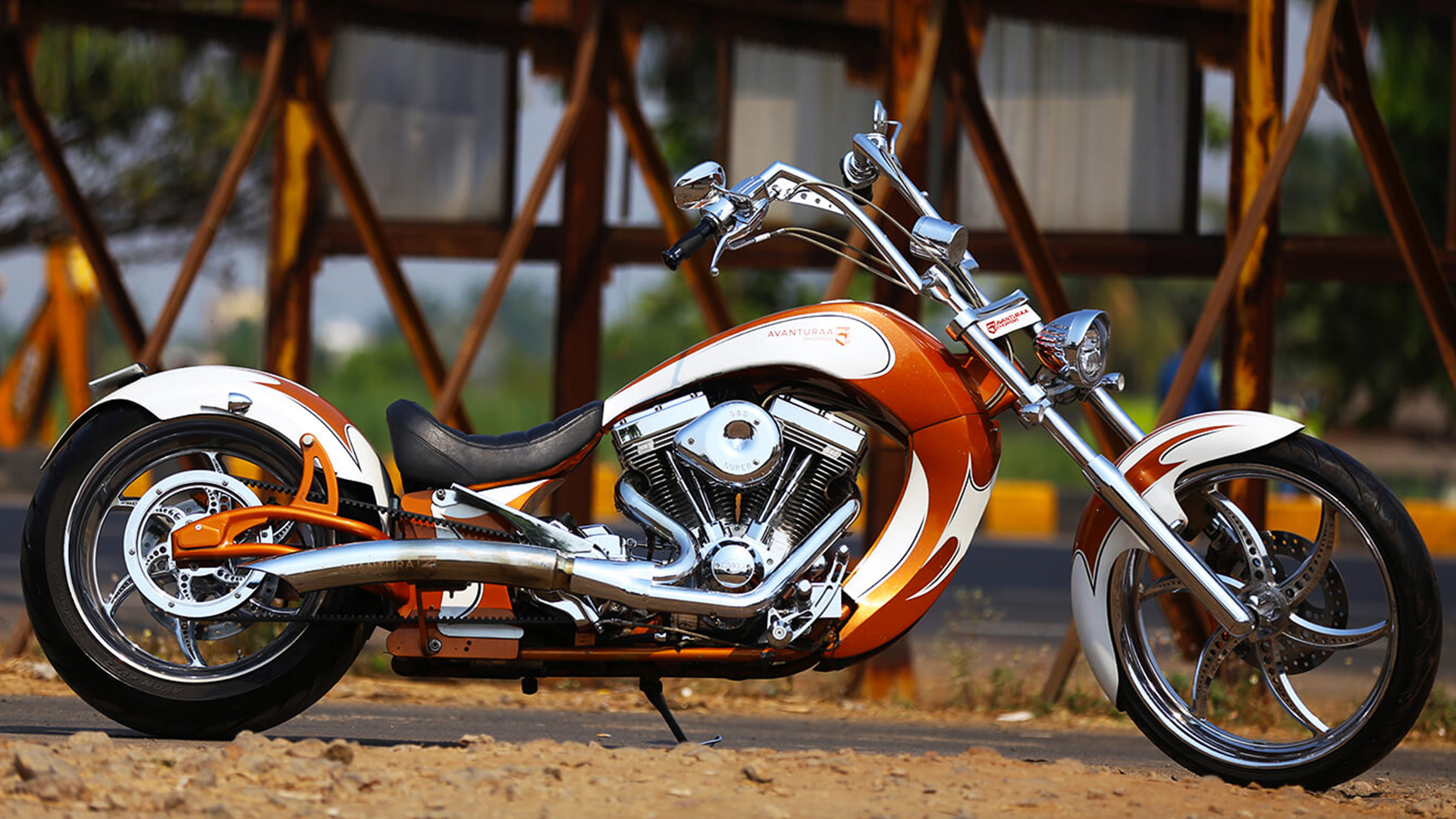 DIMENSION AND WEIGHT OF THE AVANTURA CHOPPERS RUDRA

CHASSIS AND SUSPENSION SPECIFICATIONS OF THE AVANTURA CHOPPERS RUDRA

WHEEL AND TYRES SPECIFICATIONS OF THE AVANTURA CHOPPERS RUDRA

Also read:- Hyundai has unveiled the engine options for its newest sedan: Aura