By:: AUTONEXA
Mahindra Defence Systems Limited (MDS), the armored vehicle division of Mahindra & Mahindra, recently won a major contract from the Ministry of Defence for the purchase of 1,300 Light Specialist Vehicles(LSVs). The value of this new contract for the supply of armored tactical vehicles, which will be used by the Indian army for the reconnaissance and transportation of weapons, is Rs. 1,056 crore. The addition of Mahindra Light Specialist Vehicles to the Indian Army fleet is scheduled to be completed in phases over the next four years, starting in 2021.

The new tactical vehicles are designed and developed locally by MDS in accordance with Indian Army standards. Mahindra says that the modular design of this vehicle makes it fit for the future, and MDS has the IP and capabilities needed in every aspect, from developing LSV variants to supporting a full lifecycle. The company also says that the LSV has passed the rigorous and challenging test procedures conducted by the Indian Army in a variety of terrains, including high altitudes, deserts, and plains. The MDS LSV is the only vehicle to have passed all field, technical and ballistic tests.

A proud day for #MakeInIndia.#MahindraDefence thanks Min of #Defence for order of 1300 Armoured Tactical Vehicles (LSV).

We @MahindraRise are proud to develop & build 1st such indigenous vehicle in India as per specs of #IndianArmy. @PMOIndia @DefenceMinIndia @anandmahindra pic.twitter.com/VLqiJ8IU59

In the company's official statement, SP Shukla, Chairman, Mahindra Defence Systems Limited, said, "This contract truly signifies the success of Atmanirbhar Bharat initiative. It is the first major contract for the advanced armored tactical vehicles that are designed and developed by the private sector in India with intellectual property rights within the country. This contract paves the way for large-scale adoption of Indian platforms with indigenous capabilities." 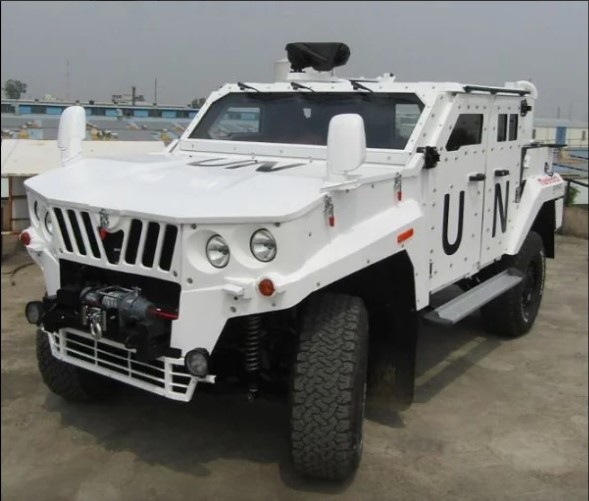 A variant of the Mahindra Light Specialist Vehicle is already in service with the Indian battalion deployed as part of the UN peacekeeping mission in Africa. Other friendly foreign countries have also requested  MDS for the details of this vehicle for their operations, suggesting the export potential of this armored vehicle, designed and manufactured in India.