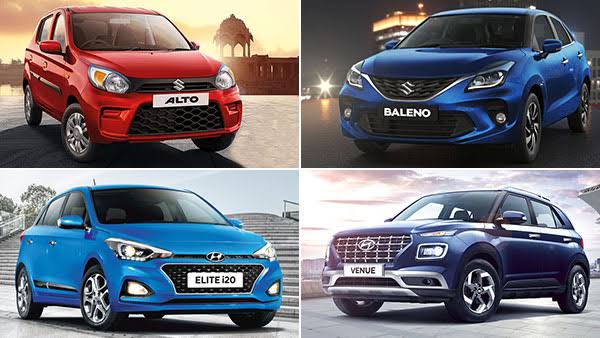 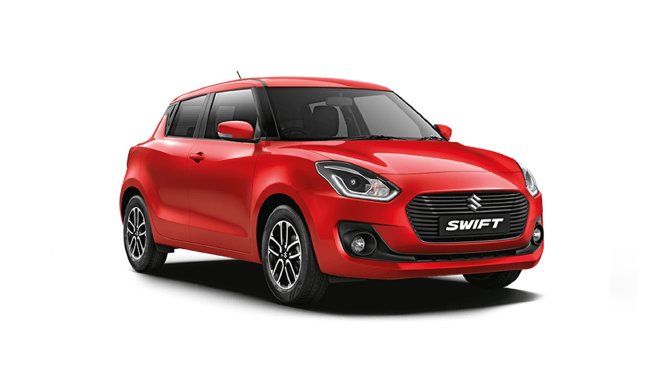 The Maruti Swift has maintained its position as the highest selling cars in India with 18,498 units sold in November 2020 despite a significant drop in sales over the last month. The month's performance brought cumulative sales of the popular Maruti Hatchback in April-November 2020 to 95,382 units.Currently in its third generation, the Maruti Swift is available in four optional trim levels: LXi, VXi, ZXi and ZXi + and with the company's tried-and-tested 1.2-litre K12 petrol engine. Gearbox options include a standard 5-speed manual and a 5-speed AMT option is available on all options except the basic version. 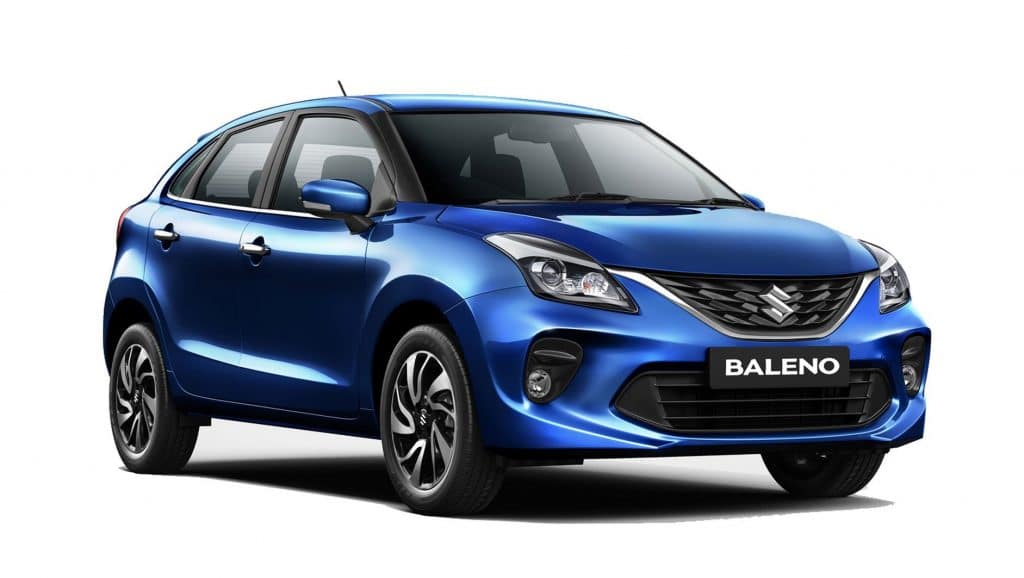 With  17,872 units shifted in November 2020, Maruti Baleno continued to hold the second position on the bestseller list while simultaneously closing the gap on the Swift.Competing with the new Hyundai i20, Honda Jazz, Tata Altroz ​​and Toyota Glanza, supplied to Toyota by Maruti Baleno offers a spacious cabin and a range of vibrant and economical engines, and is the only car in the Maruti line to offer the CVT gearbox option. Buyers have two engine options to choose from, a powerful 83-hp 1.2-liter gasoline or a 90-horsepower 1.2-liter twin jet engine with mild hybrid technology. 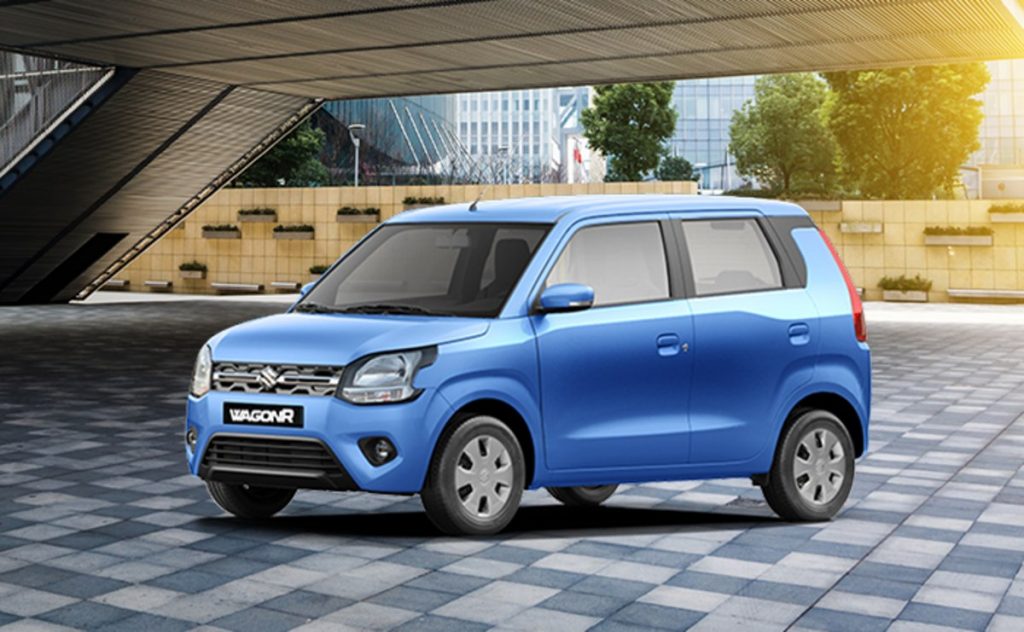 The Maruti Wagon R also maintained its third position, recording sales of 16,256 units, beating the Alto with just 935 units. The latest generation of the Maruti long boy hatchback continues to perform well on the market and is among Highest selling cars in India, having built a reputation as an affordable, spacious, efficient and affordable city car.Available with a choice of petrol engines: 1.0-liter K10 gasoline and 1.2-liter K12 gasoline, and a factory-equipped CNG option, the third-generation Wagon R takes on the Hyundai Santro and Tata Tiago. 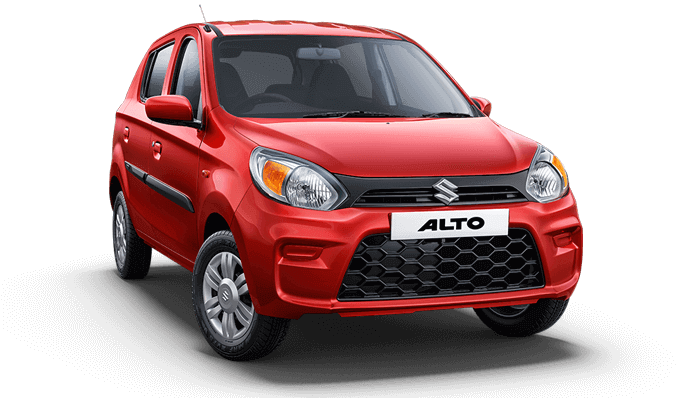 For the second consecutive month, Maruti Alto is fourth in the sales charts. Maruti's entry-level hatchback has always been one of the automaker's best-selling products and recently completed two decades in the Indian market.The long-service hatchback's strengths are the experience of peace of mind at an affordable price, although new entrants have a lot to offer. 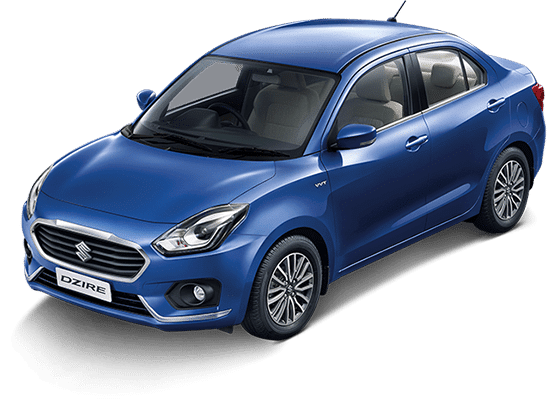 The only sedan to make the list, Maruti Dzire, has long been a front-runner in the compact sedan segment, battling competition from the likes of Honda Amaze and Hyundai Aura. With 13,536 units sold, Dzire tops the top five best-selling cars in the country, a list that hasn't changed ridiculously since last month.Dzire received a mid-cycle update earlier this year ahead of the COVID-19 related lockdowns. The update brought with it slight design changes, an updated equipment list, and a 90-horsepower 1.2-liter petrol engine, though there is no moderate hybrid tech here. 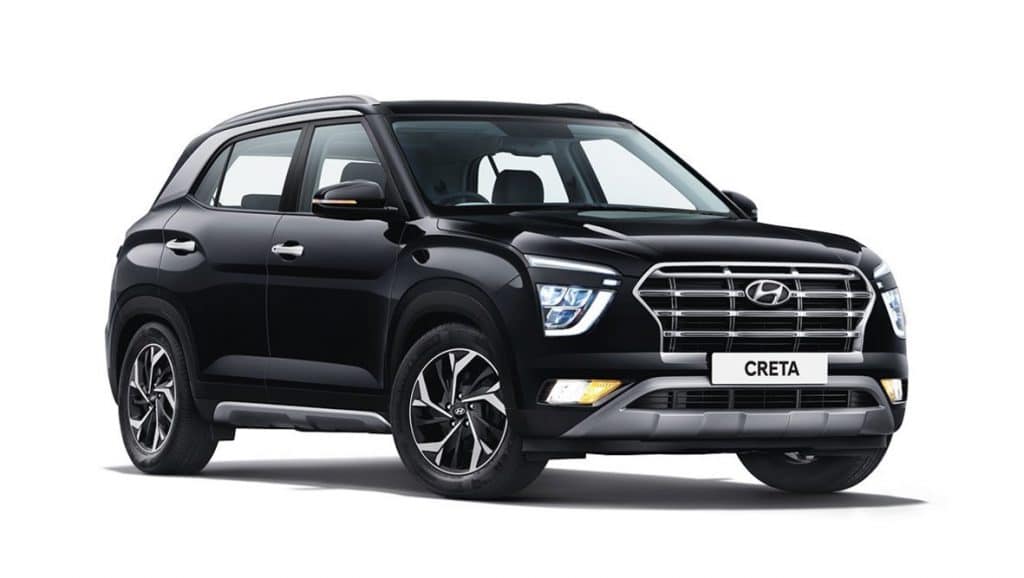 The second-generation Hyundai Creta quickly picked up where its predecessor left off by acquiring the best-selling midsize SUV on the market despite stiff competition from the Kia Seltos. With sales of 12,017 units in November 2020, Creta has also maintained its place on the list and is among highest selling cars in India.The Creta is available with two petrol options: 1.5-liter naturally aspirated petrol and 1.4-liter turbo petrol and a 1.5-liter diesel engine, which is a feature charged and available in a wide range of engine variants and gearbox combinations; Each engine has its own unique automatic gearbox option. With it, although the fully loaded SUV is quite expensive and the design is quite polarising. 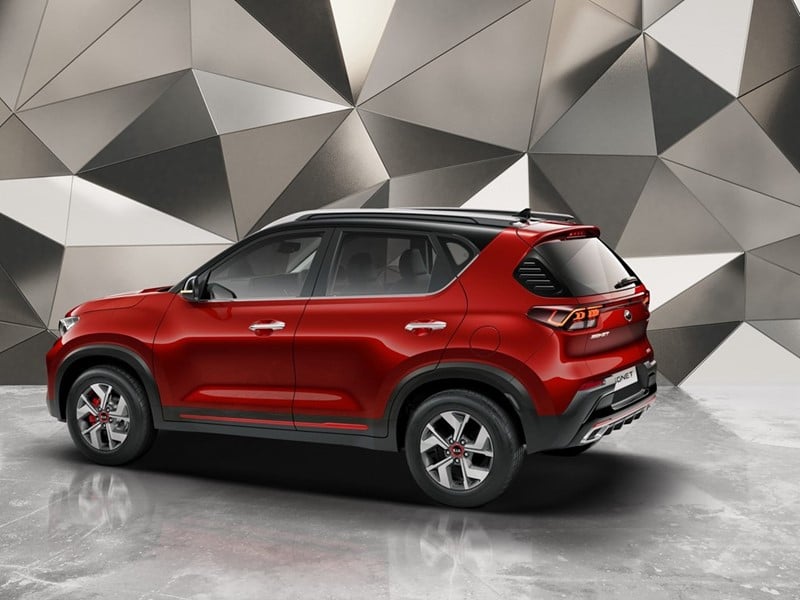 Kia Sonet helped propel Kia to grow 50 percent year-over-year in terms of total sales in November 2020 and is among highest selling cars in India. With sales of 11,417 units, Sonnet's figures, while lower than October, were still strong enough to to boost them. It reaches three places, becoming number seven.It was the third month in a row that the new Kia Sonet outsold its larger sibling, Seltos. In September, Sonet sold 9,266 units to 9,079 Seltos units, and in October, Sonet registered 11,721 units, compared to 8,900 Seltos units.Launched in September 2020, the Sonet is in the burgeoning compact SUV category that has recently seen the addition of an all-new Nissan Magnite, with the Renault Kiger next year. Other competitors include its sister model Hyundai Venue, Tata Nexon, Ford EcoSport, Maruti Vitara Brezza, Mahindra XUV300 and Toyota Urban Cruiser. 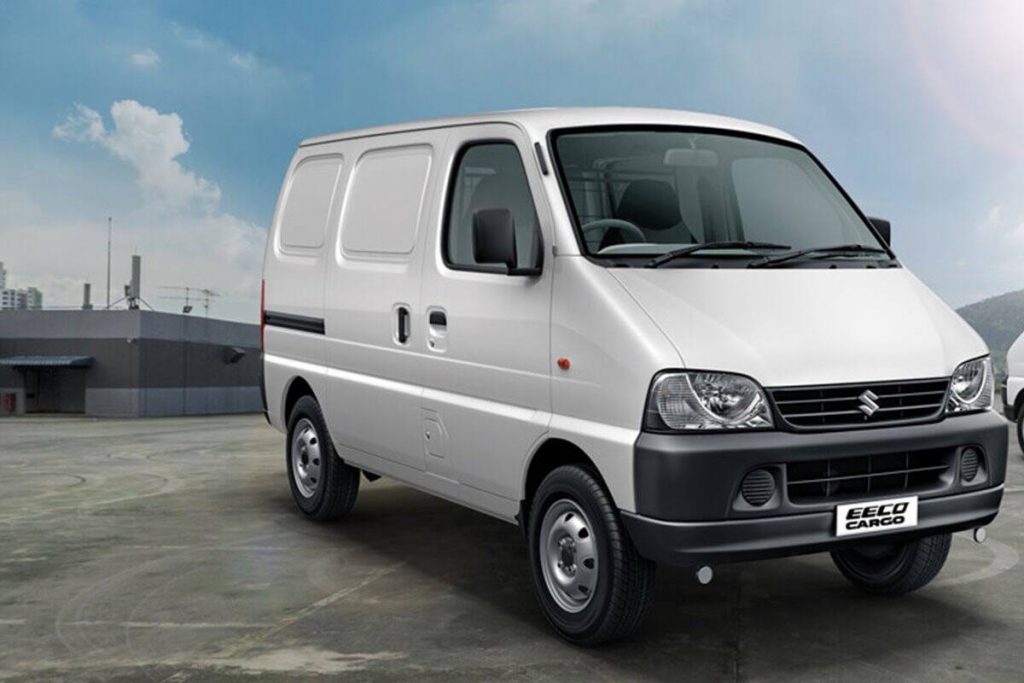 Utilitarian as it may be, Eeco is the cheapest way to transport up to seven people from A to B in India and is among highest selling cars in India. With no direct competitor, Eeco sold 11,183 units in November, placing it behind Sonet on the list with just 234 units. 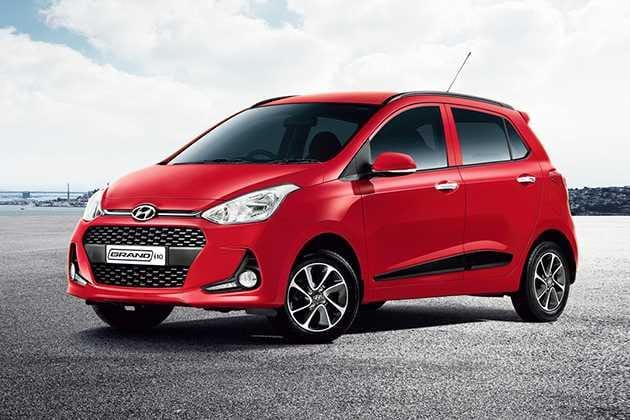 The second Hyundai to make the list, the Grand i10 lost ground to Eeco and Sonet in November, with sales falling to 10,936 units from 1,4003 in October 2020 and is among highest selling cars in India. In its current generation, the Grand i10 Nios, Hyundai offers a hatchback that rivals the best-selling Maruti Swift, while the Grand i10 remains. The older one is for sale as a more spacious alteative to the Hyundai Santro. 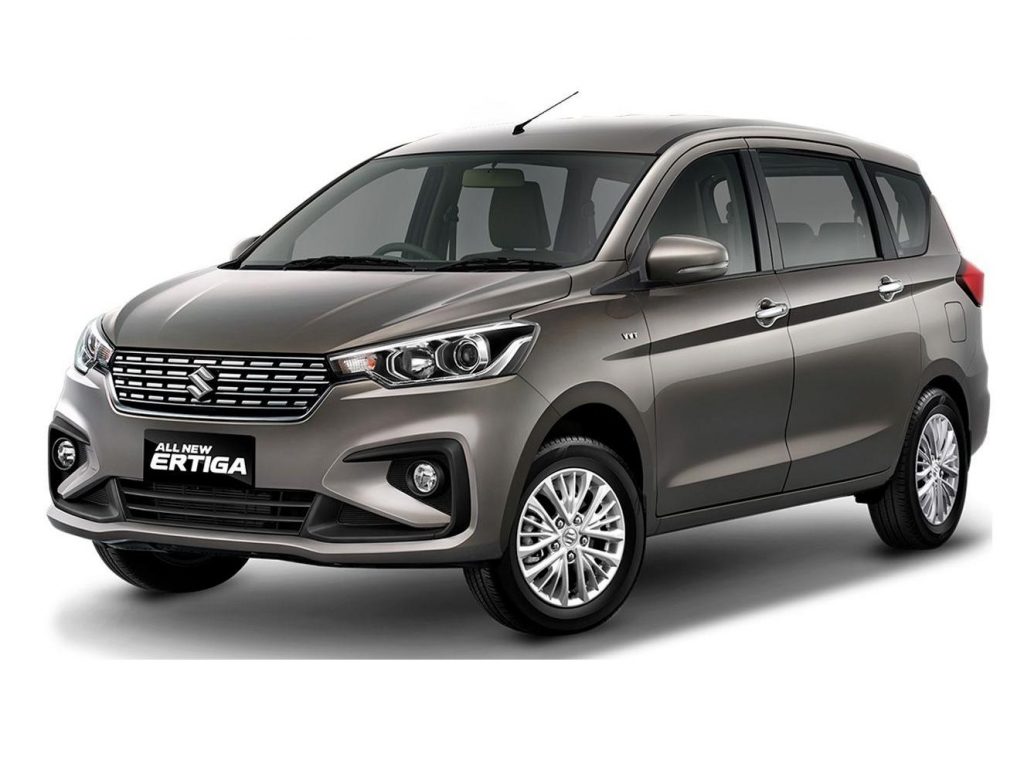 Maruti Ertiga is this month's newcomer to the list, essentially replacing Maruti Vitara Brezza. Currently in its second generation, the Ertiga is available with a single 1.5-liter light hybrid gasoline engine, and buyers have also offered a factory-equipped CNG option.Buyers will love the Ertiga for its spacious, functional interior and sense of value, with the closest competition being the diesel-only Mahindra Marazzo.Also Read: Top 13 Bikes in India under 1 Lakh in 2020

Upcoming electric bikes in India in 2021 - Autonex...
NEXT POST