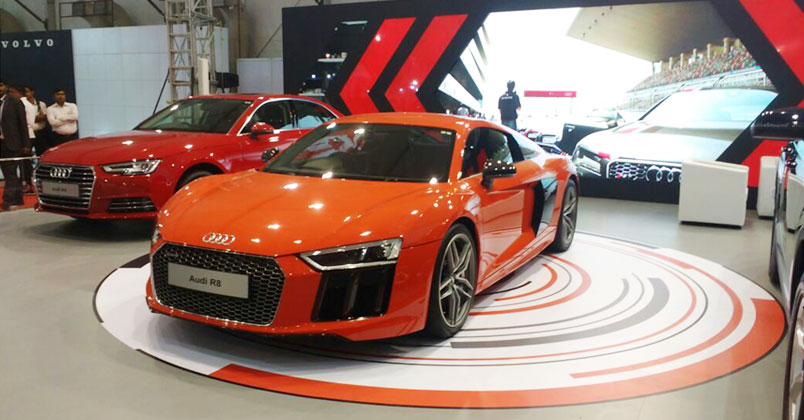 The interesting auto-mobile launch show is here on the floors now. Inteationally acclaimed vehicle showcase has started its leap with brand new vehicles and their reviews. All the latest cars and automobile vehicles get the maximum exposure and promotion in this show. When it's the doorstep of December 2018, it is the best time to check it out the most cars, and the ones are about to launch shortly. Apart from the showcase, it is now time that customers and enthusiastic of automobiles get some actual reviews on the latest launches.

This is the annual Auto Car Performance show is tuing out 13th this year and about to held in BKC, Mumbai on December 13 to 16, 2018. This is acclaimed to be the most exotic and breathtaking automobile show where ordinary audience to professional automobile gamers, enthusiasts get the chance to have some honest reviews and showcases of the latest cars in India. This test of truth is revealed onto the basis of no theory but all possibly practical and hardcore tests regarding performance, speed, sensibility, advancement, comfort, etc. The Autocar Show 2018 is a platform where one gets the proper insights of supercars and bikes on trend. Some Recent NewsThis year went exciting for car lovers of course because like every year it got new launches which fascinate the market. This year the all of the top brands in Indian market like Maruti Suzuki, Tata Motors, Honda, Renault, Hyundai, Ford, Mahindra has come out with the latest models and new approaches and innovations. Some of them got much anticipation even before launch. According to the diversity of Indian market, there is a vast market of middle-class buyers which have demanded to make performance cars budget cars apart from the high-end supercars from the houses of Mercedes-Benz, BMW, Audi, Toyota, etc. Let's check out some recent launches and upcoming cars in India.

The all new Ertiga is an awaited car India with its advanced innovations in this new generation model. It has incorporated all new Japanese Heartect technology. The new model has a wider, taller and longer body than the existing older model. The latest model has lesser boot space (almost 32litres) than the older one. It is expected to have an all-new 1.5litre diesel engine as well as a 1.5litres petrol engine as well. Though it is considered as the competitor of Innova, still with the innovations made to Ertiga new generation model, it is still a more budget-friendly MPV for Indian buyers.

These sporty sedans are stirring up the market as these Tata cars have improvised in such a way that buyers are entirely into it. These models are expected to come out with upgraded engines, possible 1.2lites three-cylinder turbo petrol engine in upcoming days. Also, it has improvisations in the looks so that the sports version gets attention separately. It has added larger wheels and lowered springs now for the joy of riding and making it a superclass sedan.

Tata is coming out with an all-new SUV hopefully next year January. This new five-seat version will be a highly appreciated one for its advancement and high-quality equipment features. The powerful engine of this future rock-star is 2.0litres diesel engine (FCA) which will generate 140hp. The omega platform of this car is similar to the L550 platform of Land Rover which is an indication that this car will also be fantastic in off-road performance as well. Because of its well-equipped body and an expected great pricing, it will be a fierce competition for the existing other SUVs like Jeep Compass. After the five-seat, it also has the announcement of getting a seven-seat version out later on. This is going to be an attractive choice of Indian sport SUV lovers.

Mahindra is about to replace the Rexton with an all-new version that is entirely reshaped and modified by the looks of the body. The new look of this model is way more attractive than the older model. Advancement in lights, high-quality LEDs, larger 20inch alloy wheels will make this model more efficient than ever. It is powered with a 2.2litres diesel engine and all-wheel drive control that enables seven-seat spacing inside. The interior of the car is pretty advanced and equipped with digital functions along with suitable sitting arrangements. This SUV is going to be a user's favorite from the house of Mahindra.

While Mahindra is taking over the market with their SUVs, the biggest competitor now is American company Jeep. Jeep has plans to arrive with a new Compass Trailhawk model early next year to shake the market. This off-road champion discovery sports SUV is going to have one automatic diesel variant soon. With the 170hp generating 2.0litre diesel engine it is the tough giant in the genre. Also, this time introduces advanced interior and convenient features like a sunroof, etc.

The world-class Japanese company is going to step in the Indian market soon with their one of the best EV models Leaf. This is a second generation model that is expected to come out soon is equipped with several advanced features this time. Leaf claims to have a 40kWh battery this time as power and will cover the range of 400km in Japanese driving cycle. This car is more to be demonstrated as a technologic variant for the Indian market.Upcoming days are exciting!The Auto car show 2018 is going take place in a matter of days. The world-class supercars, bikes, and automobile accessories will get an extensive showcase this time with 10,000hp garage testing as well. This is a festival for automobile-lovers. Also, you will get the most loving and desired upcoming cars updates with time and accurate information and honest reviews. Auto car India is dedicated to getting you everything you would want to know about today’s automobiles.