Honda City is one of the most famous names in the compact sedan segment in the world, especially in the Asian markets. Recently, the Japanese manufacturer introduced a hatchback version of the city that looks somewhat identical to its sedan sibling. Honda City Hatchback was recently put up for sale in Thailand.
A video has been uploaded with the same description on YouTube that gives a peek into the details of the car, inside and out. Speaking of its exterior looks, we previously reported that the front fascia and profile (up to the C-pillar) are identical to that of the sedan. 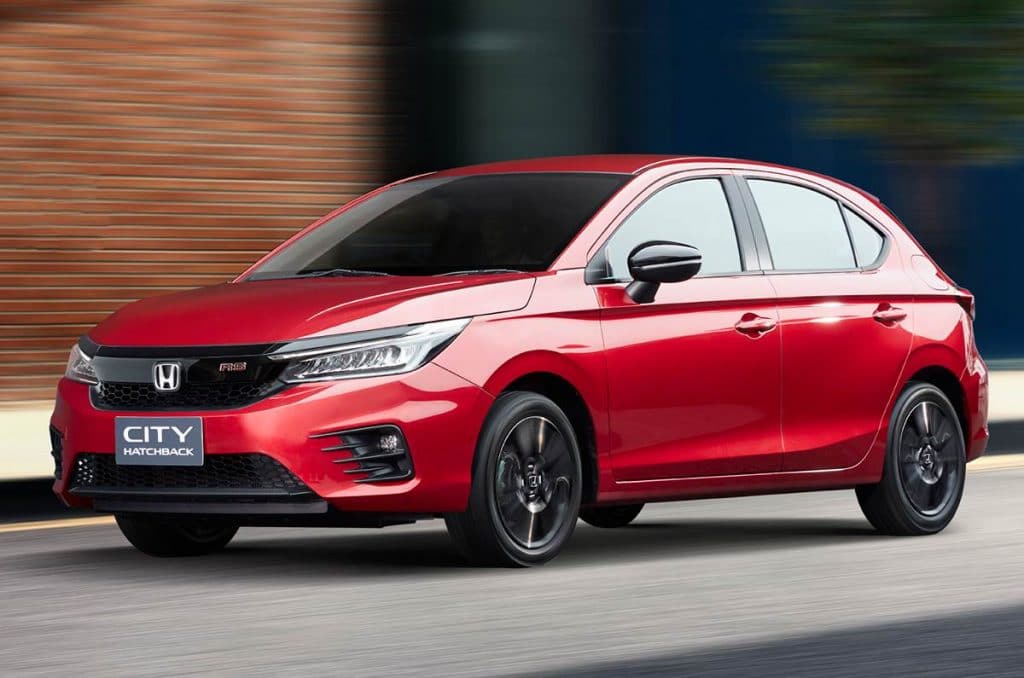 Not a surprise, because not only does the hatch have the same name, but is also supported by the same platform. Hence the silhouette and proportions are very similar. Further afield, you get a well-built tailgate. The rear features a pair of revised LED headlights that sit horizontally. It also has a redesigned rear bumper and a shorter overhang that gives it a more rounded look.
The fake exhaust vents at the rear enhance the hatchback's sporty look. The false vertical positioning grille in conjunction with the contrasting black rear diffuser further adds to the sportiness of the hatch. The car in the video features its high-spec RS appearance, which features 18-inch all-black sport wheels and a muted interior as well.
It has bucket seats with premium black leather upholstery with red accents on the seats and a generously sprayed dashboard. The interior design is very similar to the latest version of the City sedan. The only major change in the cabin includes innovative rear seats that can split 60:40 and fold to increase luggage space.
Additionally, the seats can also be folded down to increase vertical space. It can also be combined with front seats to create a comfortable bed that adds practicality. 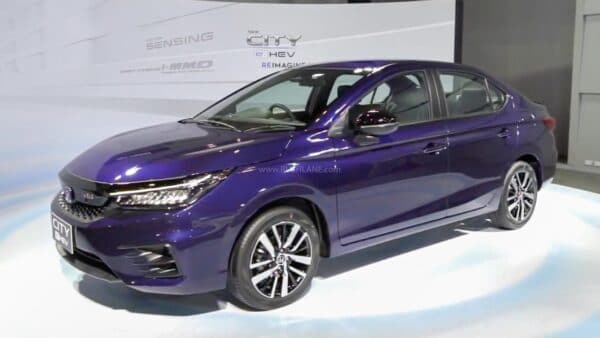 The video also shows a tour of the new City eHEV, which is also slated to launch in India. It is based on the RS model of the City sedan and comes with a similar exterior and interior design with subtle updates. Visual highlights include a honeycomb front grille, two-tone 16-inch alloys, modified front bumper, rear diffuser, black boot spoiler, and more. To distinguish the standard model from the eHEV, the latter has an eHEV badge on the trunk lid. It also takes on a new blue color.
The cab interiors are also matched with standard City RS equipment. Inside, customers get faux leather and suede upholstery along with red stitching and alloy pedals.

Honda City Hatchback is available in three trim levels: S +, SV, and RS, and it is offered with a starting price of 599,000 THB (Rs 14.66 lakh) and going up to 749,000 THB (Rs 18.33 lakh). On the other hand, the City eHEV is an extension of the sedan version of the city line and is at the top of the range at 839,000 THB (Rs 20.78 Lakh). Both models will soon be launched in other Asian markets such as Malaysia and Indonesia. However, there has been no news from the company about its arrival in India. 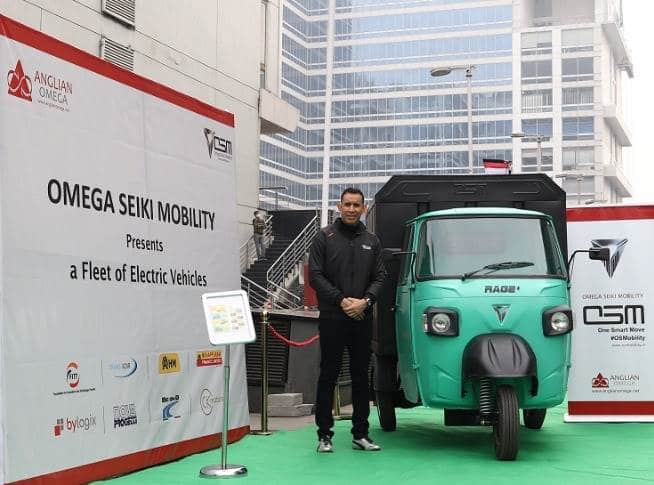 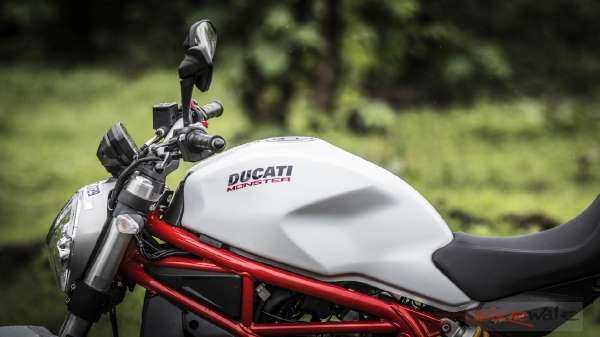