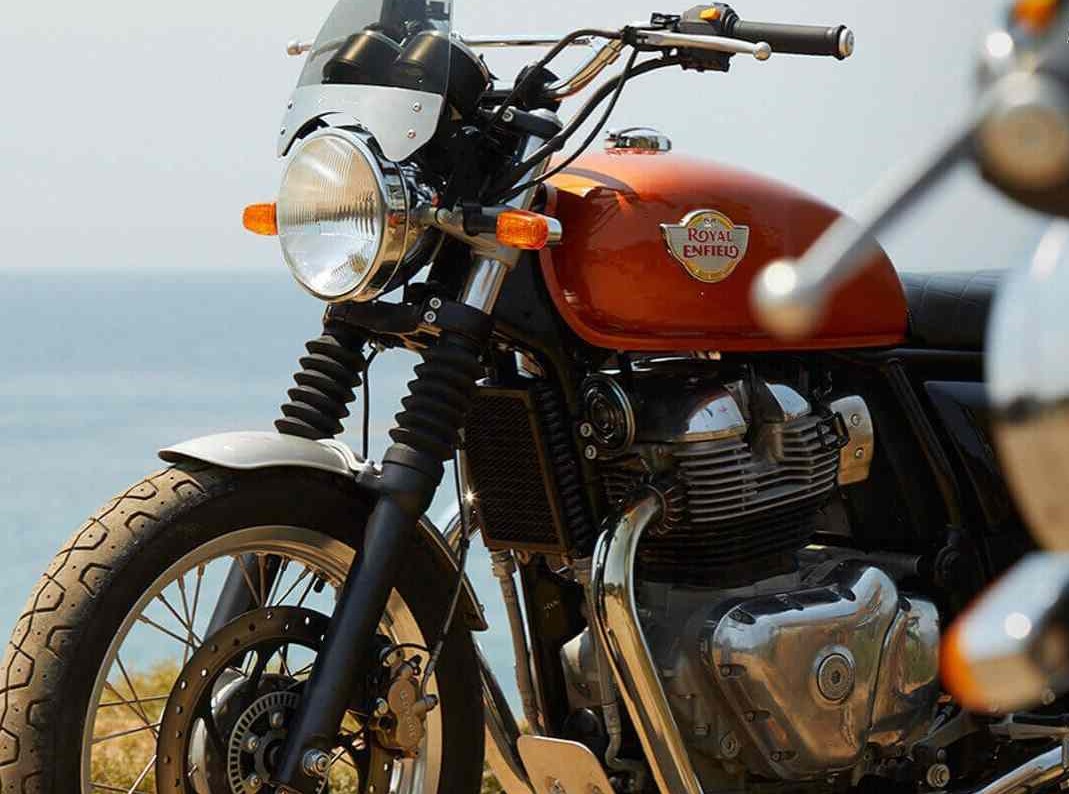 In this article, we provide you with a list of the eight new bikes in India that will be launched in the next 12 months. 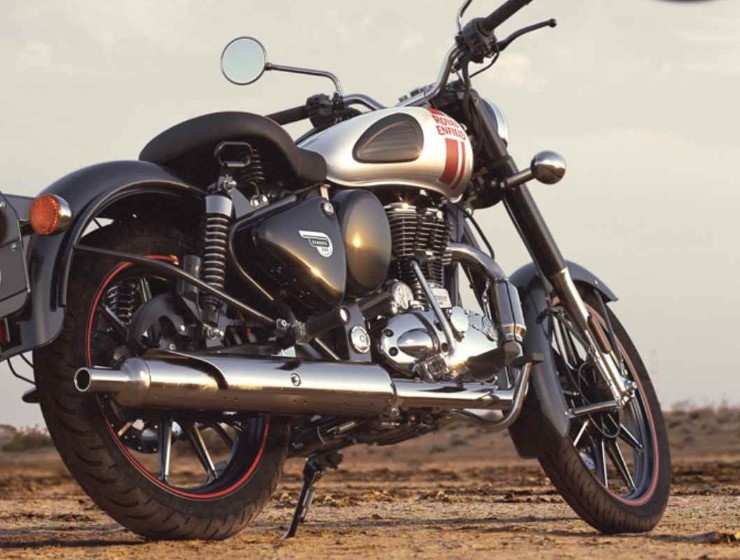 Royal Enfield will launch the new generation Classic 350 in the second quarter of 2021, likely in April and May. The new motorcycle will be based on the new Modular J platform, which supports the Meteor 350. It has already been tested several times on Indian roads. Photos confirm that the new Classic 350 will retain the original classic look, but will be equipped with mode

design and features.
The new bike in India will be equipped with a new fuel tank, exhaust system, and taillights. You'll keep the original classic look, with round headlights, chrome rearview mirrors, and indicators. The motorcycle will be equipped with a semi-digital control unit with an analog speedometer, which will be shared with the cruiser Meteor 350. It will also receive a tripper navigation system. Not just a platform, the new bike in India will share the engine with the Meteor 350. It will get a new 349cc air-cooled single-cylinder engine with an OHC design, which produces 20.2 hp and 27 Nm of torque. It will be mated with a 6-speed gearbox. 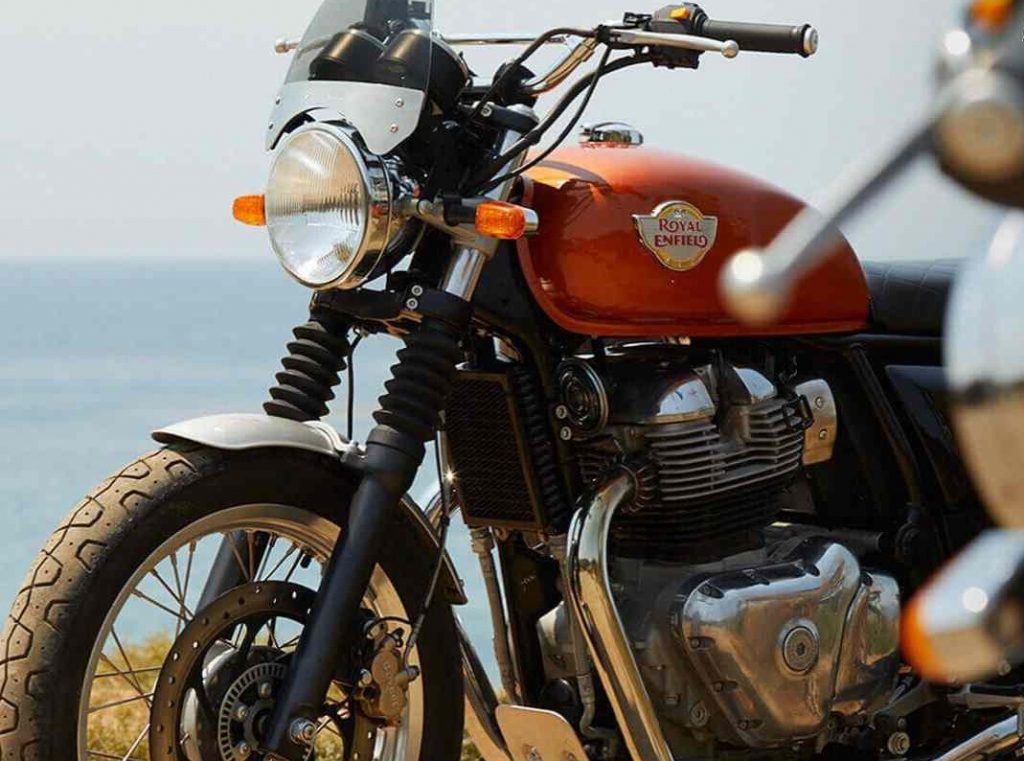 Royal Enfield is also testing a new bike in India, which appears to be inspired by the Interceptor 650. The motorcycle will likely share the engine and platform with the new Meteor 350 and will feature telescopic front forks in place of the USD forks. And double spring rear shocks. The motorcycle will be powered by the same 349 cc engine, 20.2 hp single-cylinder which powers the Meteor 350. It is expected to be launched before the end of this year. 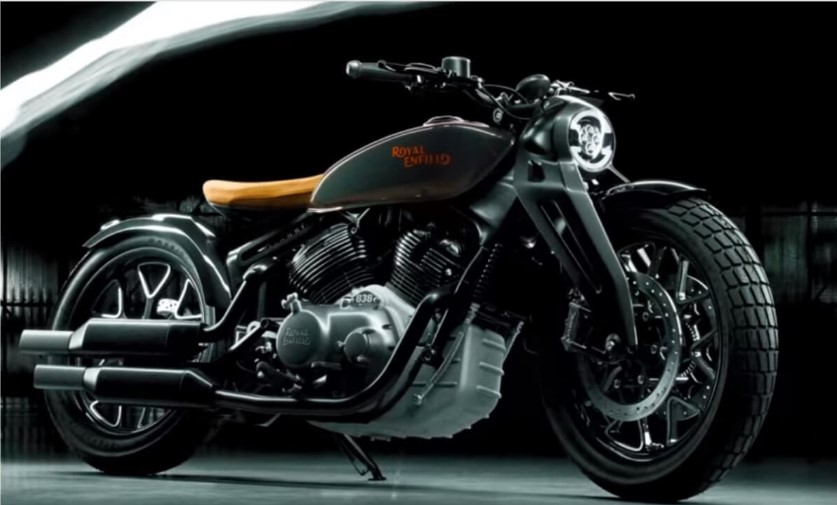 Royal Enfield is testing an all-new 65cc Cruiser motorcycle, which is said to be launched before Diwali 2021. The new bike in India will likely share design elements with the KX Concept. It will have a low, cruiser-type profile and will have round headlights along with a large visor for wind protection, a thin fuel tank, and alloy wheels. The motorcycle will have a longer wheelbase compared to the Continental GT and Interceptor 650 models. It will have split seats, a two-pipe exhaust system, rounded taillights, tu

indicators, and a thicker rear fender.
The upcoming RE 650cc cruiser will likely share the engine option with the Continental GT 650. The 649 cc dual-cylinder engine is capable of producing 47 hp of maximum power and 52 Nm of torque. The power will be transmitted to the rear wheel through a six-speed gearbox. 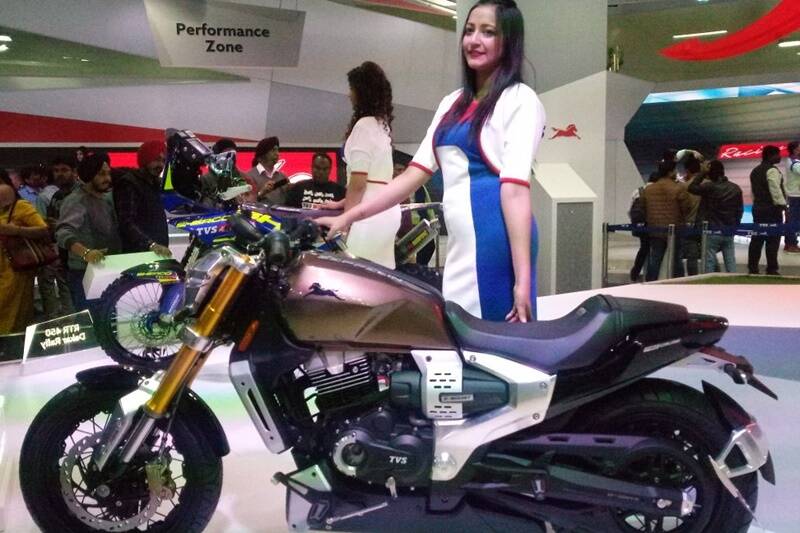 TVS Motor Company will launch a new bike in India based on the Zeppelin cruiser concept. The company registered the Zeppelin R nameplate, which is expected to be the name of the bike. The bike will likely compete with the Bajaj Dominar 250. The production version of the bike will not have a hybrid motor and a hi-tech HD camera mounted on the front. The conceptual model was powered by a 220 cm single-cylinder motor coupled with a 1,200-watt regenerative auxiliary motor with a 48-volt lithium-ion battery. The company says it delivers 20% more torque when needed. 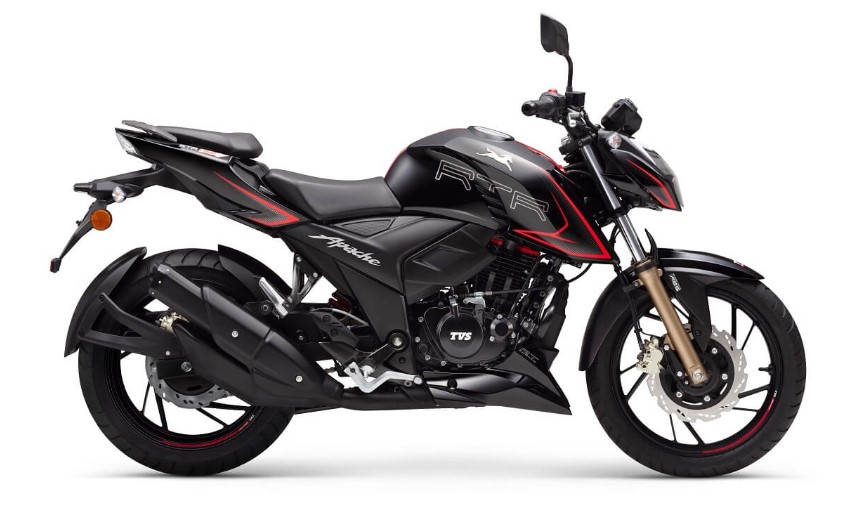 TVS is said to be working on a bareback version of the fully polished Apache RR310. The motorcycle, which will likely be called the RTR 310, will be launched to compete with the KTM Duke 390. The motorcycle will participate in the platform configuration, powertrain, and suspension configuration with the full-look motorcycle; However, the bike's design will have similarities to the bare Apache kit. It will have USD front forks, disc brakes, and Micheline Road 5 tires. The bike will be powered by a liquid-cooled single-cylinder engine of 312 cc that produces 34 horsepower and 27.3 Nm of torque. The new bike in India is likely to offer 4 driving modes and Glide via plus technology. 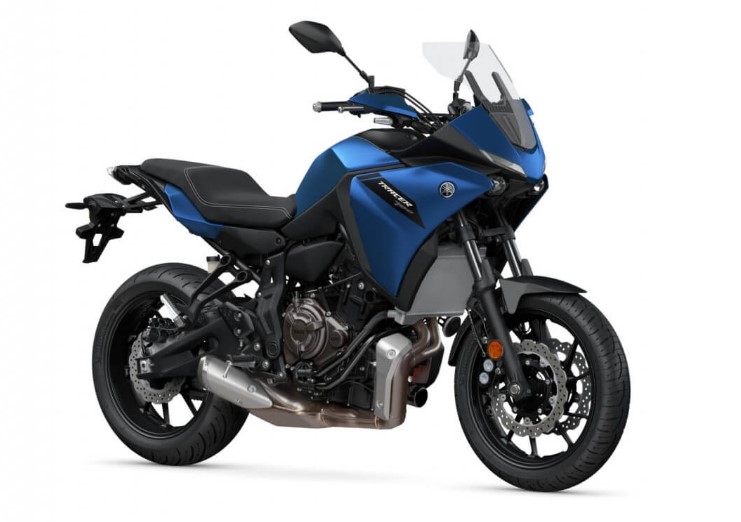 The Japanese two-wheeler company is working on a new 250cc adventure car, which is said to be called the Yamaha FZ-X. The new bike in India will share its platform and some features with the FZ25. The motorcycle also likely shares the design cues of the Tracer Series, with its sharp headlights and a large windshield. The bike will be equipped with an FZ-25 air-cooled 249cc single-cylinder engine. In combination with a 5-speed gearbox, this engine produces 20.8 horsepower and 20.1 Nm of torque. 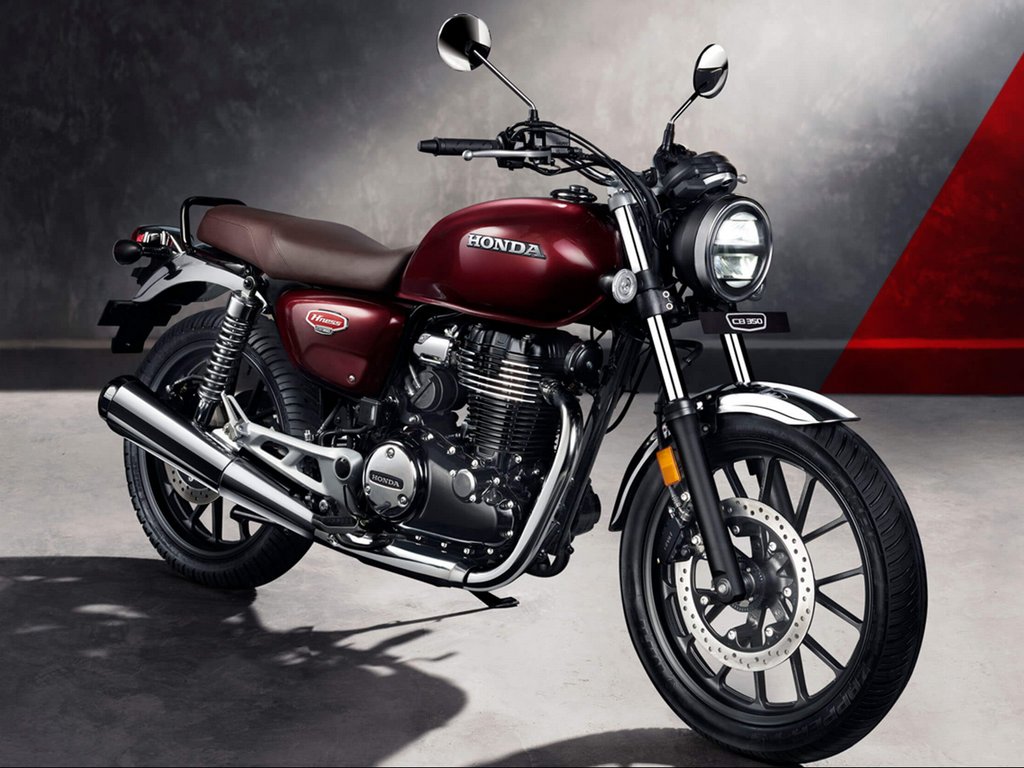 Honda Motorcycle and Scooters of India is developing a new radio jammer based on Highness the CB350, which was launched in October 2020. It will use the chassis and engine from the CB350 and will come with optical modifications and some hardware changes. The bike will likely come with wired wheels and a quality exhaust with a head protector. It will be powered by a 348 cc single-cylinder engine that produces 21 horsepower and 30 Nm of torque. It will be paired with a 5-speed gearbox. The new Scrambler is likely to be launched in mid-2021, before Diwali. 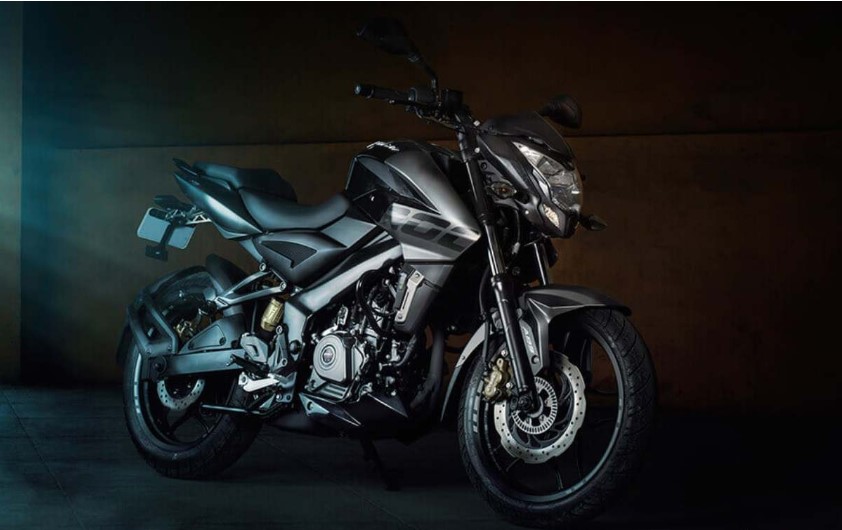 Bajaj Auto is working on the next generation of Pulsar bikes, which will consist of 250 cc and 150 cc Pulsars. The company will introduce two new Pulsar NS250 and Pulsar RS250 models in India in 2021. It will build the new bikes on the Duke 250 platform. Not just the platform, the motorcycles will use the Duke 250cc engine which also powers the Dominar 250 engine. At the same time, Dominar is running, it produces a 248.8 cc single-cylinder fuel-injected engine with 27 horsepower at 8,500 rpm and 23.5 Nm of torque at 6,500 rpm. Duke's 250cc engine generates 30hp 24Nm. While the Pulsar RS250 will rival the Suzuki Gixxer SF250, the NS250 will challenge the Gixxer 250.

Upcoming New Cars in India – Tata, Mahindra, For...
NEXT POST