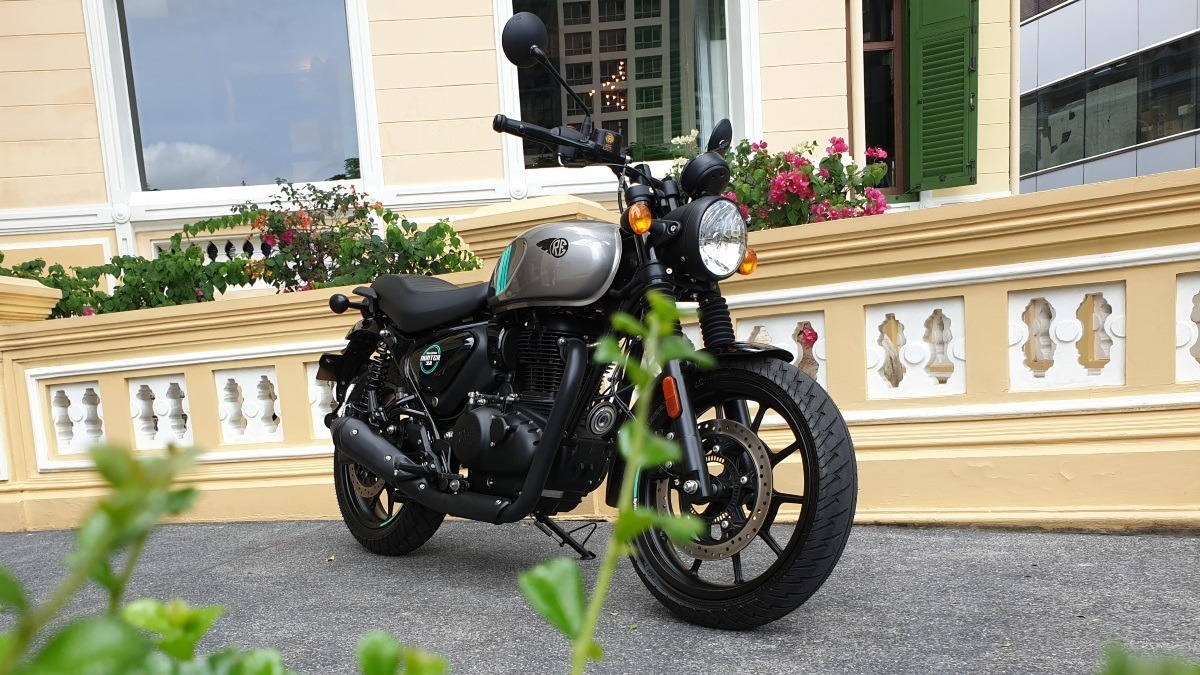 The Royal Enfield Hunter 350 comes in two versions, Retro and Metro, with the Metro also being divided into the Metro Dapper and Metro Rebel.

In terms of style, the Hunter 350 features a fresh, modern design and introduces a new style to the Royal Enfield range while maintaining the brand's DNA. The design varies between two variants of the Hunter 350, and to add to that, both variants have a different colored and sized slate, bringing the total number of luminaires to 23. The Metro has LED taillights and circular turn indicators, while the Retro has rectangular turn signals and a halogen headlight. Both variants only have halogen headlights, while LED turn signals are available as an accessory. The bike has a one-piece seat, and while the Retro has a traditional-looking tube rail in the rear, the Metro has modern-looking split bars. The bike is blacked out apart from the colored panels and there is a marked absence of chrome.

The Hunter 350 Metro gets split grab rails and an LED taillight combined with round turn indicators.

The Hunter 350 gets a digital circular tachometer for the displacement part, but it differs in the two variants, with the Metro getting a larger digital input than the Retro. The Metro gets a triple navigation pod as an optional accessory, which is the same unit seen on other Royal Enfields. The Metro has dual disc brakes and dual-channel ABS, while the Retro has rear-only disc brakes and single-channel ABS. The retro rides on railed wheels, while the Metro is blacked out on alloy wheels.

Priced between Rs. 1.50 Lakh & Rs. 1.69 Lakh, the Hunter 350 goes up against the TVS Ronin, Java 42 and Honda CB 350 RS and offers people upgrading from a commuter bike a convenient entry point into the dirt bike category. Middleweight.