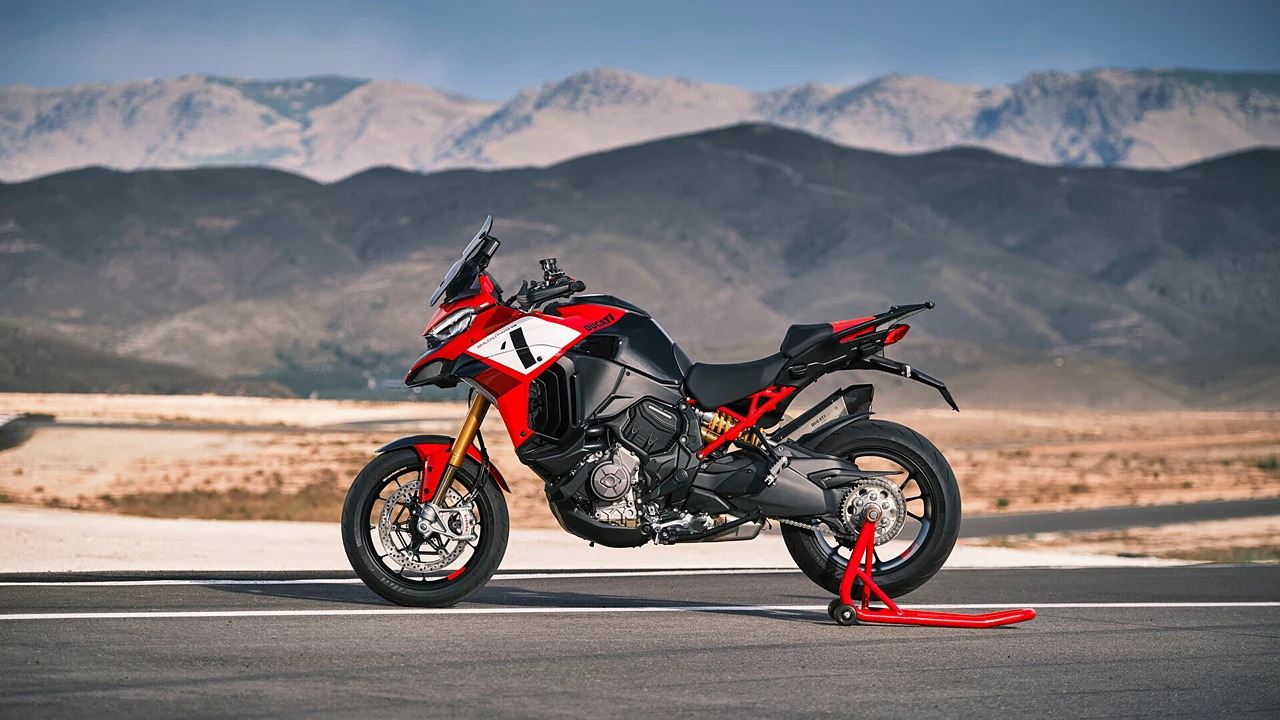 Ducati India announced on Monday the launch of the Multistrada V4 Pikes Peak in the country at Rs 31,48,000 (ex-showroom). The brand's sportiest model is also the most powerful model in the crossover segment. Ducati has also opened reservations for the model at all of its dealerships in New Delhi, Chennai, Hyderabad, Kochi, Kolkata, Mumbai, Pune and Bengaluru. Submission of the form will begin in November.

A wide range of components on the Pikes Peak bike is made from carbon fiber. The sportbike features an Akrapovič titanium carbon exhaust, low smoke mesh screen, Öhlins front forks with gold anodized legs, a two-tone black and red rear seat adorned with the V4 logo and a Ducati Corse badge on the beak of the bike.

The Ducati Multistrada V4 Pikes Peak gets dedicated ergonomics, specifically designed to ensure maximum control and improve lean-free cornering. The bike's riding position has been completely updated with the foot pegs raised and pushed back to increase the maximum lean angle, while the handlebars are lower, narrower and have curved bars. 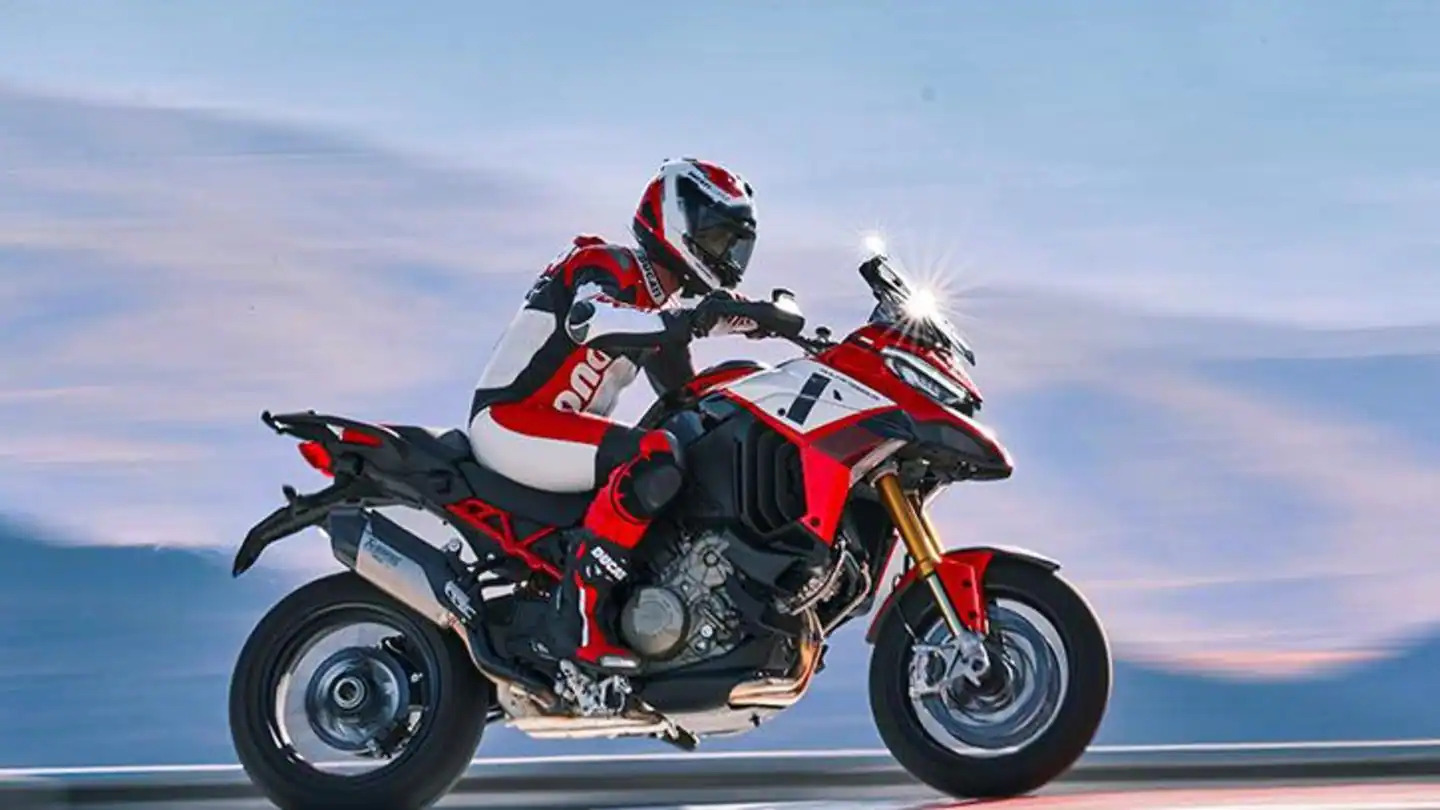 In terms of safety, the motorcycle offers an electronics package that includes standard radar technology at both the front and rear, providing Adaptive Cruise Control (ACC) and Blind Spot Detection (BSD) functionality.

Other features include a 6.5-inch TFT control panel, which is also standard on the Multistrada V4 Pikes Peak. It allows passengers to see the navigator map, thanks to the advanced Ducati Connect system, which allows the passenger's smartphone to be duplicated. 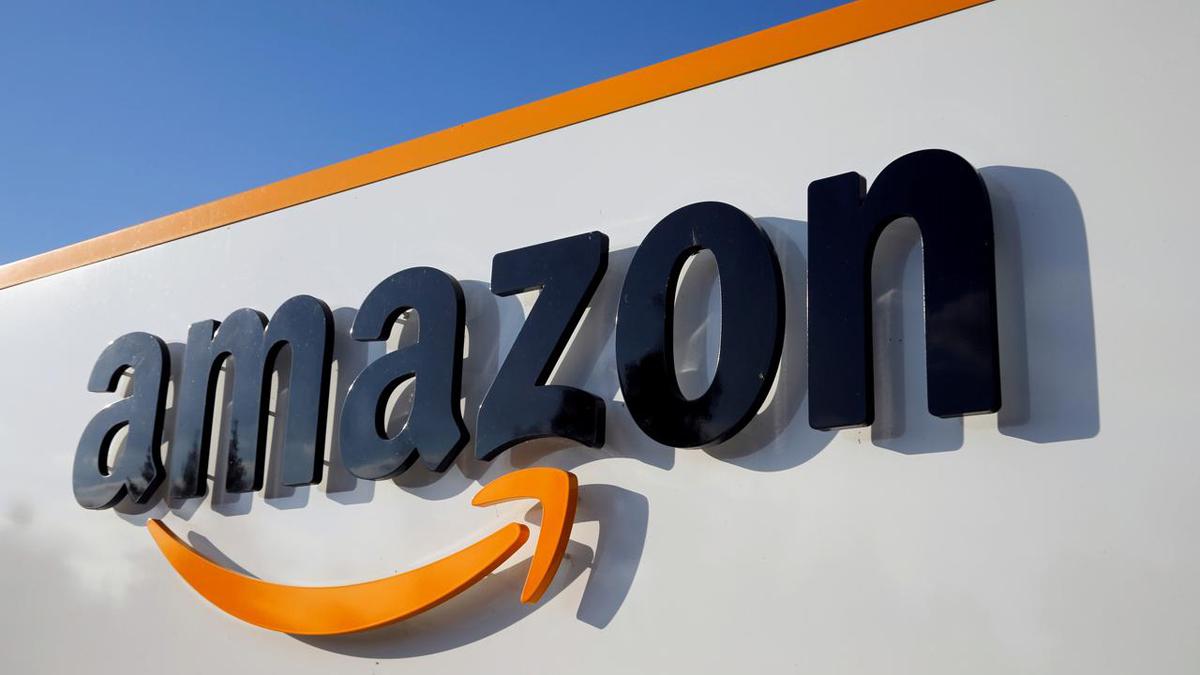 Amazon.com to invest over 1 bln euros in European ...
previous POST