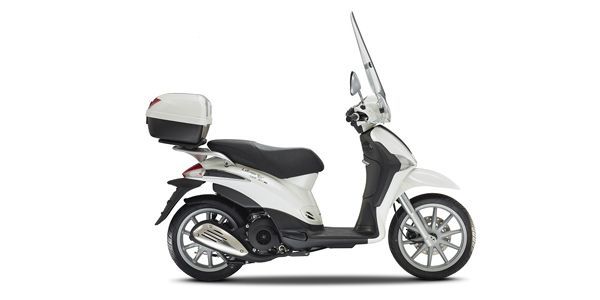 Vespa Liberty 3V - should you spend your money on this beautiful two-wheeler?

The Vespa Liberty 3V is of the most awaited and top scooters that are going to be launched in India in 2019. The Vespa scooter lineup has been a significant hit in India because the Indian millennials were really impressed with the looks and mileage of Vespa scooters. The Liberty 3V made its first public appearance in 2014 when it was shown in the Indian AutoExpo. The scooter is going to be launched anywhere around INR 65,000.This two-wheeler aims to deliver superb comfort and riding experience on the Indian roads. The scooter comes with a truckload of other features which include the bold new design, sharp indicators, premium digital dashboard, etc. With so many other things to talk about, let us have a closer look at aspects of the Vespa Liberty 3V.Engine and Transmission - the Vespa Liberty 3V runs in the 125 cc single-cylinder, air-cooled engine and that has also been coupled with a CVT. This engine has the capability to pump out 11BHP of power at an RPM of 7500. The engine runs smooth and effortlessly without any rough patches. The transmission system is fluid which allows the engine to function more efficiently over a longer period of time. Even if you are using this scooter continuously without any stop, it will not be of any problem. The liquid-cooled engine helps to curb the rising temperature by a significant extent. The  Liberty 3V is going to offer a mileage of around 55-58 km seamlessly. This makes it a perfect urban vehicle for the clogged and bumpy Indian roads. You can expect 275-300 km between the fillings in most cases.Braking and Suspension - just like most other scooters that are available in the market the Vespa Liberty 3V comes with a drum brake at the rear and disc brake at the front. We feel that the integration of a Telescopic Front fork would have made the ride even more comfortable. This provides good stability but average maneuvering when you are riding at high speeds. The suspension system along with the monoshock absorbs most of the impact received but not all of it. Thus the pillion and the rider will experience some of the jerk for sure. The braking system has a quick reaction time however you need to be careful while riding the scooter on wet surfaces or when raining. Handling - Coming to the overall handling of the scooter, we felt that it can score well in this aspect. You can steer the scooter easily through narrow lanes and short spaces because of the compact body and comfortable shape. The light feels from the handlebars gives the rider a smooth maneuver through dense traffic as well. However, while riding through the highway take extra care due to the absence of a telescopic front system.The Vespa Liberty 3V is quite a good buy at the estimated price. It has a nice makeover, comfortable seats, good and compact body size, and weight, also pretty decent handling. However, the missing of the telescopic front brake can be a real tu off for many riders who want more safety.image source- zigwheels.com

Vespa Liberty 3V - should you spend your money on this beautiful two-wheeler?latest Posts