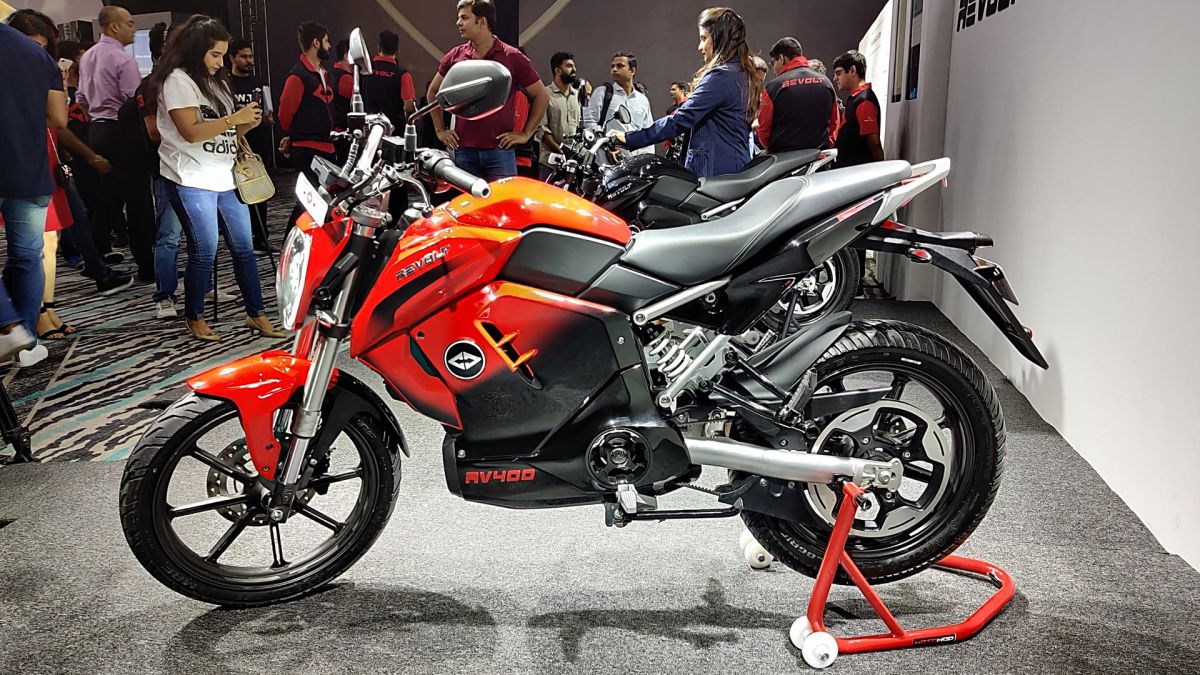 REVOLT RV400 the bike of next generation

By:: AUTONEXA
Not just any motorcycle, but an electric one of it, revolt RV 400. It looks like a normal bike a revolt isn't a revolt but a reunion. Reunion of all the hits pulsar duke or fz5 The riding position looks the same as that of its premium commuter upright and easy.ARAI certified Range for RV revolt 400 is 156km/sec.When we talk about top speed revolt is training up to 85km/hr, the speed can be more if desired but roaming in the city this is a satisfactory speed.  All of this has been made possible because of the battery management system when it comes to charging revolt says there are 4 ways to charge this motor cycle1. Connect motor cycle with the port of on-board charging you can directly plugin the charger and go ahead.2. The portable battery you can remove the old one out and put a new one in and you're good to go.3. This is known as the swappable battery system. Revolt is going to set a mobile swap system for charging points. Enter any of the swap stations take the old battery out put new one in.4. there is a delivery system and you'll get the new battery.Rv400 will be India's first AI enabled bike which means it can lea things by acquiring data through an inbuilt 4g sim. Honestly, that's the way going forward for all-electric system. For bump up security, it has a geo-fencing tech by using you can restrict its operating distance which means if bike crossed that limit an alarm rings and the bike shuts down you can start it back on by swiping on the app you also have the option of changing the sound of the motorcycle. Through 4 different engine, sounds which are completely unheard of because it's an electric vehicle. And the great part is this is going to be an open source playground which means you can create your own sound and stick it to the motor vehicleYou can book this motorcycle from June 25th with a token point of 1000. The final pricing will be revealed next month. Also, the bookings are available on Amazon.

REVOLT RV400 the bike of next generationlatest Posts