Mercedes-Benz has launched the new generation S-Class in India with prices starting at Rs 2.17 crore, ex-showroom. The 2021 Mercedes-Benz S-Class is one of 15 products the German automaker has had in its pipeline this year, and Mercedes-Benz has also revealed a service package for the new S-Class with prices starting at ₹ 82,900. It’s been a long time coming for the flagship sedan as it’s come to our shores almost a year later of its global debut, of course, due to the ongoing pandemic situation. The new Mercedes-Benz S-Class is a major step up from the outgoing model in every aspect and was crowned World Luxury Car of the Year at the 2021 World Car Awards.

The 2021 Mercedes-Benz S-Class is 34 mm longer, 51 mm wide and 12 mm longer. The wheelbase has also been extended by 50 mm, along with the front track by 35 mm and the rear track by 51 mm. The sedan has a new design language that looks elegant. The bonnet is longer than before, while the headlights with LED digital lighting technology look more elegant. The C-pillar integrates more seamlessly into the trunk, but the big change is the horizontal LED taillight design, a first in a luxury sedan. Another big change is the new ergonomic door handles to improve airflow on the S-Class, while the ORVM hardware comes with aerodynamic lines, which the company says help improve airflow and reduce the drag coefficient to just 0.22 cd.

The cabin has also gone up as well in terms of luxury and looks futuristic enough, a courtesy new set of screens. The magnum opus, of course, is the 12.8-inch touchscreen infotainment system that takes center stage alongside the digital console. Mercedes says the new S-Class has 27 fewer knobs and dials than its predecessor. Then the new generation S-Class offers 38mm more elbow room at the front, while the rear has 24mm more legroom, more elbow room, and slightly more headroom than the outgoing model.

Now coming to the design part, the cabin also has new horizontal air conditioning vents that replace the aircraft-style units on the previous model. The cabin can be had with a carbon fiber finish and piano black wood with dash lines, depending on the finish you choose. The interior is also finished in aluminum with a glossy black finish, and options help set the tone for the cabin, including music, ambient lighting, air conditioning, and seating position to create the desired effect.

Other upgrades in the creature comforts department include capacitive controls on the steering wheel, Burmester’s advanced 4D audio system, ambient lighting with more than 263 LED lights throughout the cabin, and voice commands, among others. The new MBUX system also receives important updates, including the “Hey Mercedes” voice assistant and a memory function that adjusts the cabin according to the driver. The MBUX system also receives location-specific services, providing better passenger assistance. The seats come with massage functions, as expected, and they also have six “activation” options that can be accessed via the touchscreen.

Engine options will include a 3.0-liter inline-six petrol and diesel with a 48-volt EQ Boost mild-hybrid system. The 3.0-liter diesel mill in the 400d is good for 325 hp and 700 Nm in the S450 and clocks in at triple-digit speeds in 5.4 seconds. As for the 450 4Matic petrol, the 3.0-liter engine generates 362 hp and 500 Nm of maximum torque, and this variant is a split second faster at 100 km / h, making a sprint in 5.1 seconds. All engines are mated to a nine-speed automatic gearbox and the top speed is limited to 250 km/h. In addition, along with the 4Matic all-wheel-drive (AWD), the new S-Class also has rear-wheel steering for a tighter turning radius.

The W223 S-Class is the first car in the world to get a frontal airbag for rear passengers. It also features pre-boost control, adaptive E-Active Body Control suspension, and possibly Level 3 autonomous driving capabilities.

Also Read: Upcoming Suv’s in India expected to be launched in second half of 2021 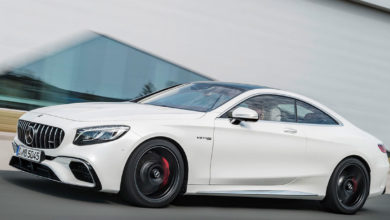